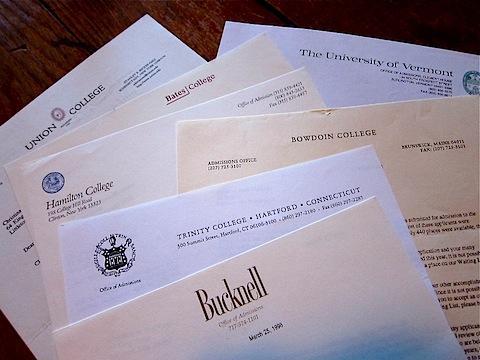 The increase in acceptance rates for Early Decision applications puts pressure on students and families to apply somewhere ED. This can pose a heavy financial burden on families, as ED doesn't allow students to see the different financial aid packages they could be offered.

In today’s incredibly accomplishment-driven society, a college degree is vital to succeed in life. Most jobs require at least graduation from an undergraduate college, while many also require additional education in graduate school. When college has this much of an impact on the rest of a student’s life, and to thrive in college, it is necessary that the student is comfortable in their college environment, is it really reasonable to ask them to make a binding commitment to a specific university when they are only 17 or 18?

The answer is no. Many colleges– 450 in the United States according to the College Board– offer an Early Decision (ED) application. When applying to college, most students will apply to all of the ones on their list, wait to hear where they got accepted into and then make a choice from there. Early Decision differs from this in that a student may choose a single college to ED to, and if they get accepted, they must commit to attend and withdraw all other applications immediately.

The “ED Agreement,” which has to be signed by every student applying Early Decision, is a contract that, if accepted, holds the student accountable for going to the college to which they submitted an Early Decision application. While not legally binding, a failure to comply will most likely result in other issues. If a student decides not to attend a school to which they ED’d and got accepted, the school can contact other colleges to which the student applied. Other schools will most likely withdraw any admissions offer they had previously made, as the taboo for breaking the ED agreement holds enormous weight in the college application community.

This pressure is immense. A binding agreement that seals a student’s next four years should not exist. While many students do opt to not apply anywhere ED, the presence of the option is reason enough for  many students to apply out of pressure. If they feel as though they really like a certain college, a student can easily talk themselves into applying Early Decision even though they are not fully educated about how they will like the college. If accepted and forced to take the admissions offer, this student has no option to change their mind.

Another big fault with Early Decision lies in finances, as most faults of the college process often do. When applying Early Decision, the message is sent to the college that the student will go there no matter what. This limits the possibility of financial aid, as the college will not be as inclined to give money to a student they know will already attend.

Furthermore, many students with difficult financial situations would greatly benefit from being able to see all of the financial aid packages they would receive from different colleges and comparing them, as money plays a large role in where many students end up. By applying ED, they would have to withdraw their applications from any other college, and not be able to see or even consider another college that may give them a better financial deal. STAT

Lastly, the percentage of students that get into any certain college will typically dramatically rise if they apply ED. According to US News, Tulane University’s Early Decision acceptance rate is 25%. Their regular decision acceptance rate drops to 1%. This is one of the more dramatic differences, but this trend can be seen across the United States.

A students likelihood at getting into a more difficult college will increase majorly if they apply ED. Many students will see this and be unable to resist applying Early Decision, as they want the best possible chance at getting into their top college. However, this will negatively harm the students, as pressure to apply ED can force them into a binding situation that they later regret, or a more difficult financial situation, if they get in.

The fact that students that are financially able to apply ED have a better chance at admissions is an extreme classist flaw of the college process. Money should not affect a college’s read of an application– only merit should get somebody into college. If Early Decision applications were abolished, all students would be judged on a similar playing field, as acceptance rates would be equitable for every student.

While many schools still implement Early Decision applications in their admissions process, a good number of colleges have started to use Early Action and no Early Decision. This makes it so that students can still show their elevated interest, but without forcing them to make a binding financial decision that will likely decide much of their future. If this can be used by colleges all around the country, our education system can be much more beneficial to the students for which it was created.