Pet Sematary rises from the dead 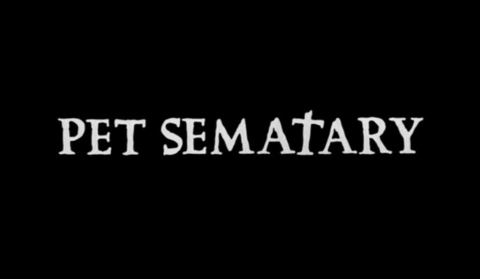 Pet Sematary’s new remake brings a few new twists while being just as thrilling as the original.

The 2019 version of “Pet Sematary” may be a remake, but it still manages to be fresh and original in its premise to draw in new viewers, as well as the old.

“Pet Sematary,” originally a Stephen King novel published in 1983, was made into a film in 1989. Although the film never quite reached the popularity of some other Stephen King movies, the story is notable as being one of the darkest. Stephen King himself almost decided against publishing it due to it being so dark.

The film follows Louis Creed (Jason Clarke), his wife Rachel (Amy Seimetz) and their two children as they move to a town in small town in Maine. The couple’s eight-year-old daughter Ellie (Jeté Laurence) soon discovers cemetery for pets near their new house, leaving the family to wonder the origin of the place. After the family cat is killed by a truck, friendly neighbor Jud Crandall (John Lithgow) advises Louis to bury the cat in the cemetery. Later on Ellie is shocked and delighted to find her cat has returned her, but he is not quite the same. As more tragedy befalls the Creed family, they discover more of the powers of the Pet Sematary and the consequences of resurrection.

With several dark and gory moments, the film is undoubtedly scary. The jump scares are just thrilling enough to have you jumping out of your seat, and chilling atmosphere of the foggy forest adds to the scariness.

The scariness is furthered by the strong acting from each cast member. John Lithgow is wonderful as a kind old man, while Jeté Laurence perfectly captures both cute and creepy. Jason Clarke stands out as he is traumatized by loss. However, the real star of the show was definitely the Church the cat. Played by four different cat actors, Church’s unnerving eyes and effortlessly disheveled fur will not soon be forgotten.

Directors Kevin Kölsch and Dennis Widmyer were able to convey messages of loss and death through the film. Louis and Rachel have different ideas about what happens after death and what they should be teaching their young daughter. The dangers of resurrection have been shown in plenty of movies before, but “Pet Sematary” manages to bring a fresh spin to the idea.

The 2019 version of “Pet Sematary” has made some changes from the original 1989 version, but still follows the same story overall. Many new viewers may not have even seen the original version, so it should not matter too much.

Overall, the 2019 version of “Pet Sematary” is a thrilling, enjoyable horror movie with a twist ending that keeps you on edge even after the movie has ended. Anyone who likes a good horror movie—or a cute cat actor—could enjoy this movie.