Is it Time to Start Counting Nine Planets Again? 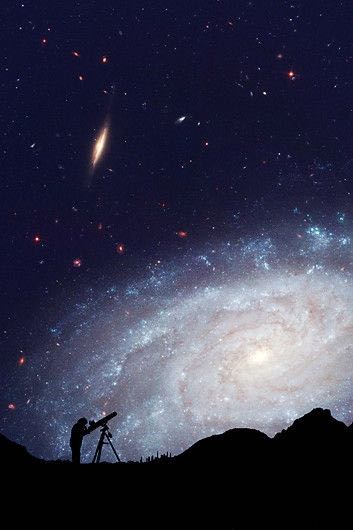 An astronomer looks at the night sky through a telescope.

We look at the night sky and see too many stars to count; what we do not know is that there are a multitude of other stars and planets out there beyond our point of visibility.

According to an Aug. 30 BBC News article, astronomists looking through telescopes in Chile and Hawaii recently found new objects orbiting in the outer reaches of the solar system beyond Neptune’s orbit. The astronomists were using the telescopes to search for the supposed ninth planet and the detection of these objects suggests that they are closer to finding this planet than originally thought.

According to the Aug. 30 ScienceAlert article, the existence of the ninth planet was suggested by an alignment of rocky objects in the Kuiper Belt, a region of space beyond Neptune’s orbit. Ever since then, the objects have been tracked due to the indication of the presence of a gravitational pull past Neptune.

Sandford teaches his students based on recent discoveries and this new finding in the solar system could be integrated in his curriculum in the future.

“My textbooks are already out of date because of all the new discoveries in the last four years,” Sandford said. “Once scientists confirm, I’m going to mention this because it’s very interesting to have a ninth planet again.”

Pluto, the previous ninth planet, was too small to dominate its neighborhood and to be classified as a planet, but if found, this new planet could be an addition to the eight in our solar system now.

The CHS Astronomy club also integrates current events into its meetings. They will discuss this new finding in one of its first meetings of the year.

“In Astronomy Club, we discuss various topics regarding astronomy and physics,” said sophomore and head of the Astronomy Club Marcel Penzes. “Interesting new discoveries always inspire me to create lessons on the new topics.”

According to a July 21 Phys.org article, which informs on all topics ranging from physics to technologies, the discovery of the orbiting objects also give us more information about the sun’s and Neptune’s orbit.

Astronomy is always changing, but that’s why astrologists and so many others are enthralled by it.

“I had a lifelong fascination with Astronomy since my parents gave me a telescope when I was five years old,” Sandford said. “I started teaching earth science at the middle school level which has a large astronomy component and it’s always a pleasure to teach a subject that I really enjoy. It keeps me on my toes.”