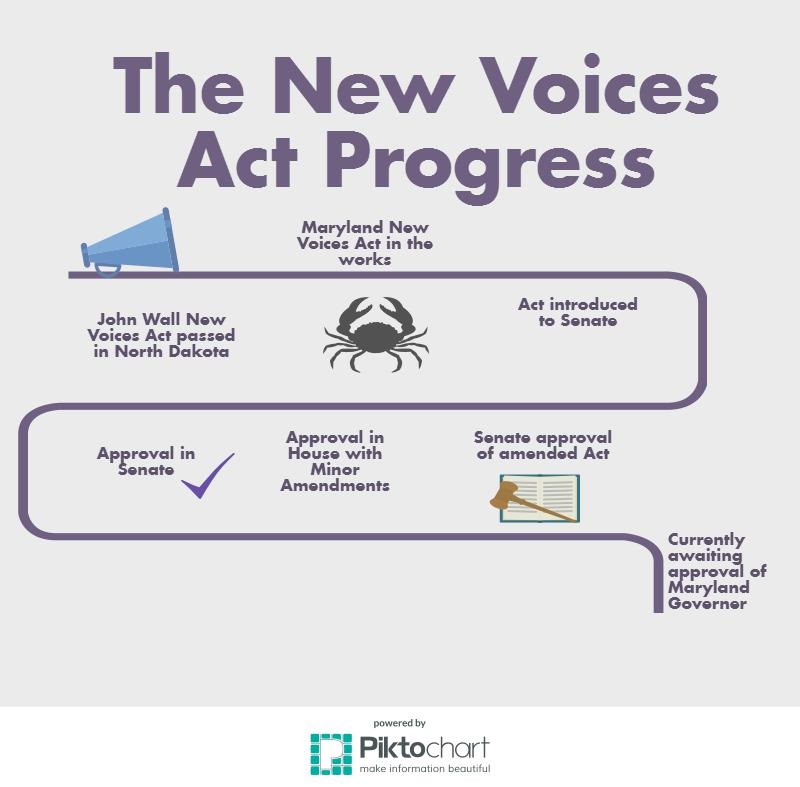 After passing in the Senate, the New Voices Act was approved by Governor Larry Hogan on April 26.

This Act grants student journalists in high school or college the right to exercise freedom of speech in school publications, regardless of whether or not the school financially supports the publication or if it is produced as part of a class.

“The main effect of the New Voices Maryland Act will be to make the First Amendment real to students for the first time in nearly three decades,” said Gary Clites, President of Maryland-DC Scholastic Press Association. “Journalists deal with decisions related to responsible journalism every day. Those decisions are what real journalism is all about. This bill will again put student journalists in the position to make those decisions, giving them a real journalistic experience for the first time in as long as most of us can remember.”

According to Executive Director of the Student Press Law Center Frank LoMonte, the bill has received overwhelming support from both parties.

However, according to Clites, opposition came from one lobbyist for the Maryland Board of Education concerned about the censorship of obscenities, which was added to the bill.

After being passed with minor amendments in the House 130-6, the Senate approved the amended Act with a vote of 37-9.

Now that Hogan signed it into law, the act will become law in October.

“We need to help Governor Hogan to see the importance and value of the bill so he will choose to sign it into law,” Clites said before Hogan’s signature. “We are in a good position to make this happen.”