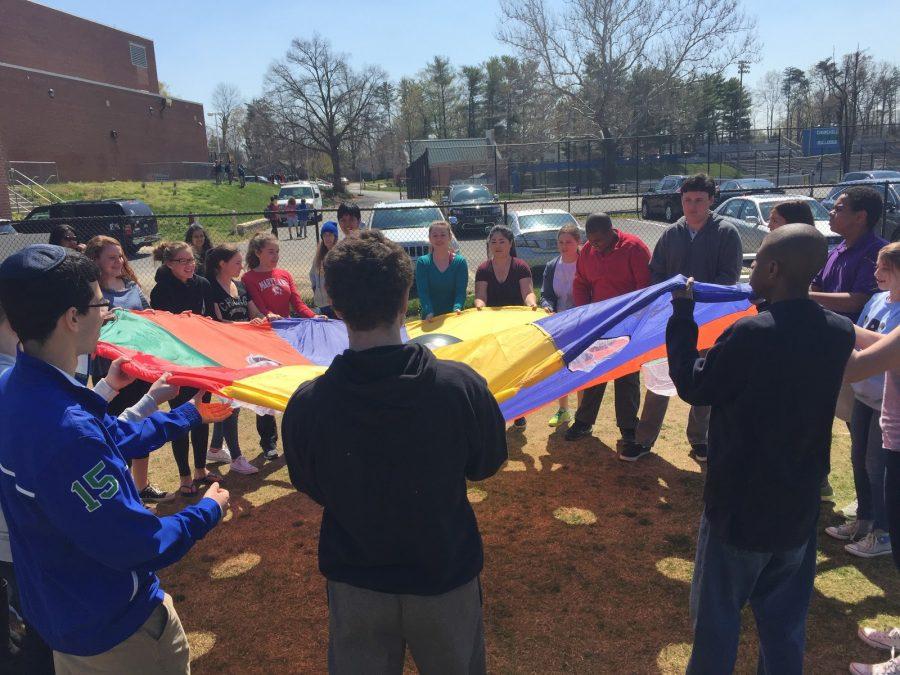 Best Buddies is hosting their Friendship Walk May 7 at the University of Maryland’s Xfinity Center Pavilion in College Park to raise awareness for the support of people with disabilities.

Best Buddies is an international volunteer organization dedicated to advocating support for the social integration of individuals with intellectual and developmental disabilities (IDDs). Schools across the country, including CHS, have Best Buddies clubs that contribute to its cause by encouraging and creating friendships between students with these disabilities and students without. The walk is key in funding local programs such as CHS’s Best Buddies Club and spreading awareness in the community.

“The walk is primarily to raise awareness, promote inclusion of individuals with intellectual and developmental disabilities and as a fundraiser for Best Buddies,” said CHS Best Buddies vice president senior Griffin Myers. “For our club in particular, it’s a chance to meet members of other chapters, get to reach out to the larger community beyond Churchill and have fun with Buddies and Peer Buddies within the club.”

The walk itself starts at 10 a.m. followed by different Friendship Games and activities for participants to take part in such as kickball and basketball and other interactive games where buddies can work together and get to know each other. These activities aim to unite all the Best Buddies programs throughout the state of Maryland.

According to Autism teacher and Best Buddies adviser Jenell Gillette, there is still much work to be done for the inclusion of students with IDDs at CHS. Even when these students do go to mainstream art and physical education classes and socialize with their buddies, the social aspect is difficult for them.

“It’s really hard for some of our students to make friends because of their disabilities,” Autism teacher John Hall said.

According to Gillette, the students do have difficulty in interacting with their mainstream peers, but the problem also lies in other students’ inability to understand how exactly to interact with the IDD population. IDD students may behave differently than other students and may not understand social cues, to which general education students may not know how to respond.

That is where Best Buddies comes into play; the goals of the CHS Best Buddies club are always first and foremost inclusion. The club meets every other Thursday and its members participate in simple activities such as playing sports or eating lunch with their buddies. These activities both expand the social circles of the buddies and peer buddies, help the buddies with social skills and decrease negative associations and prejudices about students with intellectual and developmental disabilities.

According to Hall, Best Buddies is trying to establish an environment where special education students can create friendships with general education students to “expand their horizons,” “work on communication” and “feel good about themselves overall” amongst other things.

The club’s warm and welcoming atmosphere makes for a lasting impact that stretches beyond the buddy members to their peer counterparts. It is an easy way to make friends and interact with other students who are also interested in social inclusion.

“My buddy Ariana is non-verbal, but I have learned more from her than she would have learned from me,” CHS Best Buddies president junior Maxie Wiener said. “I could be having a bad day at school, but when I walk in and see Ariana, my whole outlook changes.”

The Best Buddies club plays an active role in raising awareness for students with IDDs.

“No matter how many pledges people sign or how many fundraisers or posters there are, social and cultural inclusion of people with IDDs won’t happen unless people are actually interacting with them,” Myers said.