MCPS Extends School Year by One Day Due to Snow 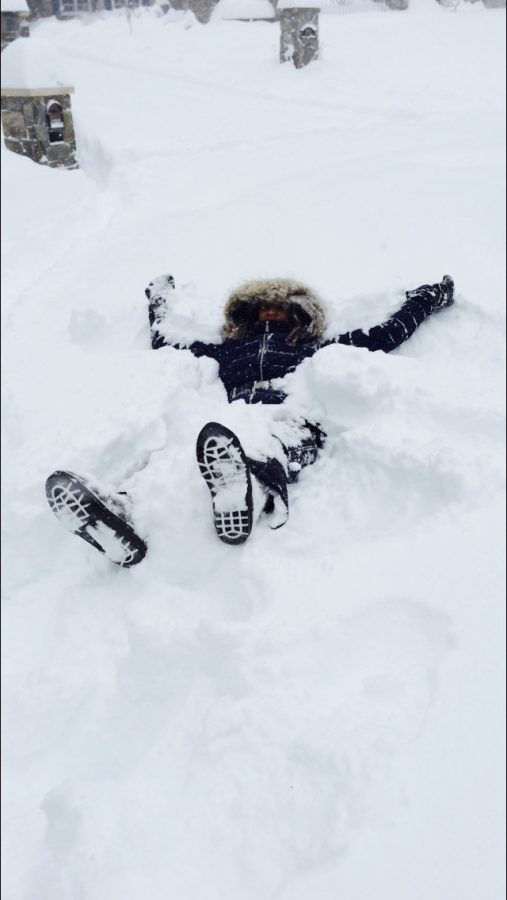 MCPS extended the 2015-2016 school year by one day, making the last day of the school year June 20. The request for the one-day waiver was approved by the Maryland State Department of Education April 19.

State officials originally rejected an MCPS-requested waiver March 30 to disregard the two days lost during January’s snowstorm due to a state claim that the county did not adjust its calendar to make up for missed instructional time.

According to MCPS Department of Public Information Director Derek Turner, the Maryland State Department of Education requires a 180-day school year. Each county in Maryland typically has four snow days built into the school year. However, MCPS took six days off for snow this winter.

Interim Superintendent Larry Bowers submitted a waiver request to state education officials March 16 to request that the state simply ignore the two extra days that were not in the allotted snow days. Although the waiver was temporarily rejected, the county appealed.

“MCPS is exploring our options to address this decision and is looking forward to working with the state to resolve this as quickly as possible so that our families will know when the last day of school will be,” Turner said after the state’s original rejection of the waiver.

According to an April 6 Washington Post article, the original waiver request argued that because Prince George’s County received a state waiver that allowed for a 178-day school year, Montgomery County should receive equal treatment. However, the state claims that because PGCPS converted a Feb. 12 professional day into a school day, this was an incorrect presumption on MCPS’s behalf.

According to Principal Joan Benz, CHS is planning on using this extra day as an exam make-up day.

According to a March 31, 2014 MCPS public announcement, a similar situation occurred in 2014 when Maryland State Superintendent of Schools Lillian M. Lowery denied the request of former MCPS Superintendent Joshua Starr for a waiver of one day. The state had already granted exemption from five days to all Maryland school districts, but MCPS had six lost snow days. This caused the last day of school in June to be moved from June 12 to June 13.

According to the letter sent from Lowery to Starr, the state rejected the waiver because MCPS failed to “demonstrate an effort to modify the school calendar to make up for lost time.” This is the same reason for which the waiver this April was originally denied by the state.

According to Benz, when similar situations have occurred in the past, families seem to “move on with their plans” and teachers who have summer positions have to leave school and hire substitutes. These students then needed to schedule early exams with their teachers.

Students, on the other hand, were hoping for an earlier summer vacation.

I was hoping to hang out and be free of exam stress,” sophomore Alison Wachen said.

SMOB candidate Alex Abrosimov started a Change.org petition April 7 called “Snow Petition 2.0: Save Our Summer Vacation.” The goal of the petition is to encourage the State Department of Education to acknowledge the county’s waiver and give students back their days of vacation. So far, the petition is about halfway towards its goal of 500 supporters.

“I began the petition just to raise some immediate awareness,” Abrosimov said. “I’m satisfied that some people shared it on social media.”

However, Abrosimov says he is “pretty satisfied” with just one day being added rather than two.