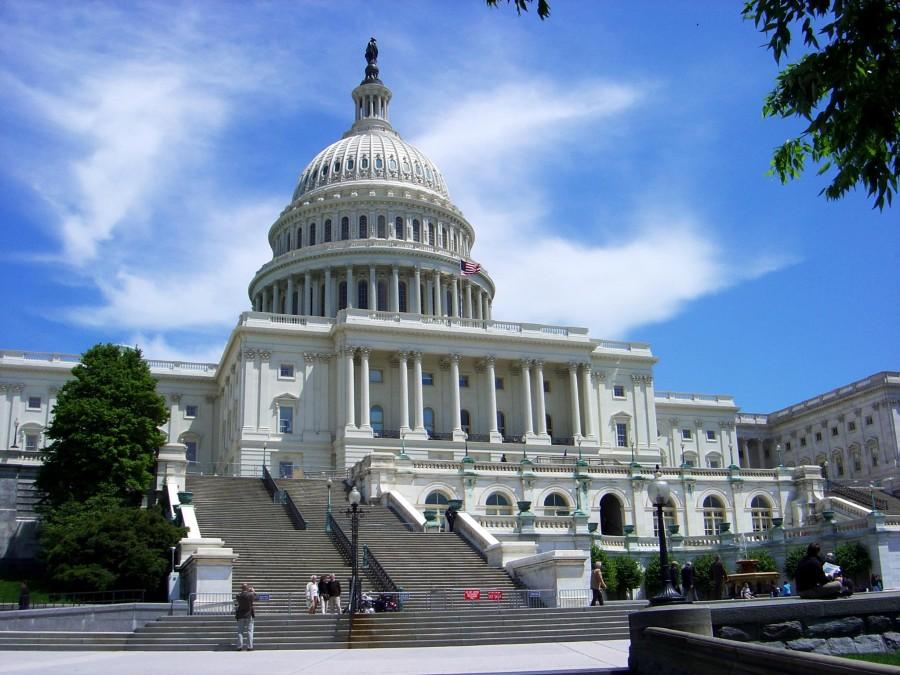 While most CHS students will be sleeping in on Nov. 4, Americans across the country will be heading to the polling booths to vote in this year’s midterm elections.

Election Day not only gives students a day off from school, but it also gives voters an opportunity to have their voices heard at the highest levels of government. While not a presidential election, this year’s general election will allow voters to decide who will represent them at the federal, state and local levels of government in the coming years.

“It is imperative for all of us to be involved with our civic duties,” senior Katie Kidney said. “There’s nothing worse than a parochial participant who never votes but complains about the government all the time. If we as young people want to determine how our government functions, we have to tell our government how to function. In the U.S., that means we vote.”

Although Election Day is still several days away, 33 states and the District of Columbia offer voters the opportunity to participate in early voting during a designated period prior to Election Day. In Maryland, eligible voters can submit their ballots in person starting Oct. 23 through and including Oct. 30.

According to a Sept. 22 CBS Baltimore article (link- http://baltimore.cbslocal.com/2014/10/23/marylanders-get-a-jump-start-in-the-2014-election-with-early-voting/), early voting could play a major role in elections in Maryland. In the June primary, nearly 3.5 million voters cast ballots in early voting — roughly 4 percent of the state’s eligible voters.

On the Maryland ballot, voters will choose from dozens of candidates to fill many state and federal offices, including Governor and Lt. Governor, comptroller, judges, state delegates, state senators and US Representatives.

While Democratic candidates typically have an advantage in Maryland — where Democrats outnumber Republicans by more than a 2-1 ratio — the race for the highest office in the state is tighter than many expected it to be, as Lt. Governor Anthony Brown (D) and Anne Arundel County businessman Larry Hogan (R) are battling it out to decide who will succeed Martin O’Malley, who is finishing his second and final term as the state’s Governor this year.

“The upcoming elections in Maryland aren’t going to show anything to the country other than the fact that this is a solidly Democratic state,” Kidney said. “However, the races in other states, like North Carolina and Texas, are going to set precedents for the rest of the country.”

While the electoral stakes are not as high in Maryland, the months leading up to Election Day have been full of drama at the national level, where Democrats and Republicans are locked in a heated battle for control of the Senate.

Democrats currently hold the majority in the Senate, but most polls show a neck-and-neck race between both parties with less than two weeks to go before Election Day. Republicans, who already control the House of Representatives, need to win a net of six seats to gain control of the Senate.

Election Day not only gives Americans nation-wide the opportunity to elect their leaders, but it also provides a special opportunity for CHS students who have recently turned 18 or will be 18 by Nov. 4.

“I’m ecstatic,” said senior Alex Perlman, who is eligible to vote for the first time this year.

Perlman is not only looking forward to voting for the first time on Election Day, but he also encourages other young people who are eligible to vote to participate in the elections. Perlman is currently an intern on Capitol Hill for Congresswoman Ileana Ros-Lehtinen (R-Fla.) and has noticed that young people are not as involved in politics as they could be.

“I think as a citizen of a democracy, it’s our job to vote,” Perlman said. “I can’t tell you how many older people reach out to my office and get involved, but I have not heard from one single younger person. Most of the decisions our representatives are making are mostly affecting our future. We have to put our future in our hands and no one else’s. We can do this by voting or, if [you’re] not old enough to vote, join clubs and make your voice heard. After all, democracy only works if we participate.”