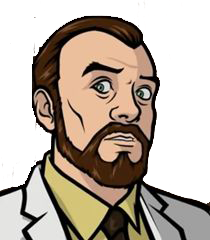 Every first day of the semester has been the same for me. I take my seat, listen to attendence and wait for the inevitable: “I know that last name.” So is the life of being a youngest child.

I am the youngest of three brothers; one is three years older than me, and the other is six years ahead of me. Having two older brothers can be good and awful at the same time. On the one hand, I get (constant) unsolicited brotherly advice. On the other, everyone who knew my brothers knows me as my brother’s brother.

I was lucky enough to go into CHS already knowing a few helpful things: which teachers were great, and which classes were too annoying to take. And, of course that Churchill administration will ultimately sweep any serious problem under the rug and hope it never resurfaces again. It was tips like these that really helped me survive Churchill.

There is a bit of a grey area about the reputation amongst teachers. It was great when there were teachers I really liked who already liked my brothers. However, it also meant that teacher had a standard set by my brothers. Both of my siblings were very high performing students, and there was some pressure to live up to the family GPA. I wasn’t a bad student (until this semester,) but I simply didn’t do as well as my brothers did. It’s not something that keeps me up at night, but it’s a comparison I can’t help but making.

Even this year, I had a teacher tell me right before I had to write an in-class essay how quickly my brother once wrote one and how perfect it was without him even trying. The teacher was kind enough to then add: “Don’t worry, I don’t compare my students to their siblings.”

There are several teachers who I absolutely had to avoid because they hated my brothers. There were also a few people who disliked my brother and made it very clear to me that they did. One student actually asked me if I was related to my brother and responded, “Oh my god, I hated him! But I bet you’re not as bad.”

Having older brothers also means never feeling old. All year I have heard my fellow classmates talk about how old we’re getting because we will be leaving for college soon. Yet I still feel young compared to my brothers. We can’t even legally drink; we’re still children.

But there is that magical word— “College.” College for me means a new start, one that I’ve never had before. Unlike four years ago, I won’t have the safety net of my big brother being there when I start a new chapter in my life. No professor will recognize my name and get nostalgic about my brother’s uncanny ability to sleep through a class and still know the course material. I will be stepping out of the sibling shadow cast over me for the first time in my life, and I couldn’t be more excited.