Carmen looks back on the good times and the bad 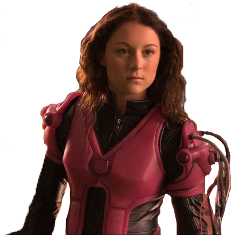 The first day of freshman year I walked through the doors of the Bulldog Lobby shy, four feet 10-and-a-half inches tall and extremely sheltered. Four years later, I leave CHS a full inch-and-a-half taller (kinda) and just a tad bit wiser. Despite the height issue, high school has been an overall growing experience with memories of both victories and defeats.

Classes are obviously a vital part of high school and at CHS we are constantly being pushed to take the hardest ones. Sophomore year the words “Nowhere near 50 percent” made an appearance on the top of one of my Honors Algebra 2 quizzes. Oopsie. Since math has always been my black cloud, the next year I put a bigger focus on challenging myself in subjects I actually enjoyed.

With this in mind, I dropped Honors math and eventually had the honor of Mr. Szafran telling me I was one of his best Pre-Calc students and had a natural flare for math. Never in my entire existence have I received a compliment to this caliber on my math skills. It’s pretty much the highlight of my entire math career. I tried to keep this in mind this year as I struggled through AP Stat, only to drop it second semester (sorry Mr. Szafran, it’s me, not you).

For all of our academic pride, MCPS is extremely bogged down with red tape which can seem both annoying and intimidating. At the end of first semester this year I discovered there had been an SSL mix-up, and I would not receive 40 hours I had earned making meals for those who were unable to buy or make their own food (of course I had no paperwork issues when getting hours for painting the faces of Potomac children at a carnival). Despite initially being turned down when trying to fix the issue, I continued to argue my cause until it was finally resolved in my favor.

The CHS staff works really hard, but everyone is human and stuff happens. However, just because you are the student does not mean you are at fault. It is empowering to stand up for yourself and make things happen.

School is going to suck at times no matter what. Spending my 15th birthday trying to write an English essay until 2 in the morning and still getting a low B on it was not my best moment. Also, losing an A in Spanish because I did not wear an apron in my cooking video wasn’t that great either.
However, for everything that blows about high school, CHS has provided me with an abundance of knowledge and experiences. The social studies department sparked the history nerd in me (not to toot my own horn, but I can name all the British monarchs since William the Conqueror), and the J has inspired me to pursue a communications career.

High school is only four years, and despite both the good and the bad, just enjoy it and try to learn something.