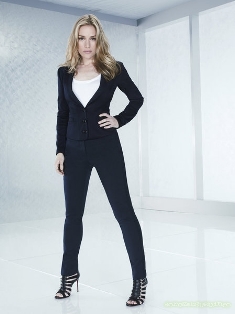 Horseback riding has been a significant part of my life for almost six years now. I’ve gotten very familiar with a wheelbarrow and shovel; I’m practically a pro at stuffing my hair into a hairnet and then into a helmet, and I’ve greeted the ground with my face many times (not of my own accord). My trainer likes to teach us “life lessons” when we’re at the barn, and while my fellow riders and I constantly gripe about these lessons, I’ve come to the realization that a lot of riding advice translates to school as well.

There’s a Mexican proverb that goes: “No es suficiente para un hombre saber montar, él debe saber cómo caer.” Most riders are very familiar with some variation of this saying, because it’s an important aspect of riding: when you fall, you need to figure out what went wrong and what you can do to fix it. You also need to be able to brush things off. I’ve had the good fortune to have only fallen off once at an actual horse show, but getting dumped in front of many onlookers is humiliating nonetheless. It was hard getting back on and reentering the show ring, but it’s an essential part of riding and an essential part of life to get over things and move on.

The college admissions process is brutal; there’s no arguing against it. Many students are lucky enough to be accepted to their top school and be done with it, but just as many students aren’t as lucky. However, I can assure the underclassmen that everything really does work out in the end, and I have a personal story to back up that claim.

I applied to six schools, evenly distributed among safeties, targets, and reaches. I expected to get into at least half of my schools, but by the end of March that expectation was crushed: I was accepted to my safety school, waitlisted at my target, and rejected everywhere else. Unlike most seniors, I didn’t get to make my own decision about my future; my decision had been made for me.

After receiving rejection letter after rejection letter, I was completely miserable and embarrassed. How could I commit to my safety school, the one school I insisted for the past four years I would never attend, and the one school that everyone and their mother seem to attend? (One of my friends even said I was “such a cliché” when I shared where I would be spending my next four years.)

Of course it stung at first, but I realized I couldn’t mope about it. I was going to college next year, and, as my junior friends optimistically assured me, I was going to have the time of my life. It just took a little longer for me to see it for myself.

Hunter jumper riding is an elitist sport, and riders all know it. If a rider has a perfect horse who does everything without being asked, chances are that pair will do very well at horse shows. For those of us who don’t have money trees in our backyards, this puts us at a disadvantage. But that’s not to say that you can’t win without a “push-button” perfect horse: for those equestrians out there, 15-year old Victoria Colvin is one of the most successful hunter jumper riders in the national spotlight, but her horses are famously difficult rides.

The same can be said for college. Though the University of Maryland was far from the medium-sized, idyllic liberal arts college I had always envisioned myself attending, I ultimately realized that I had taken Maryland for granted. I was so hung up on all my rejections that I didn’t see the light at the end of the tunnel.

I have amazing opportunities waiting for me at Maryland: a spot in the honors college and a great four-year research program, as well as a full scholarship (I’m planning on using this to guilt my dad as often as possible). It may seem like I’m bragging (which I might be, just a little bit), but doesn’t everyone? Isn’t that the point of College Shirt Day and that epic moment when you finally add your college to your Facebook information? The point is, you’re going to get a good education at whatever school you attend, even if it isn’t your first choice, your second choice, or it’s your last choice. You just need to find the opportunities.

3. A good support team is essential.

Horseback riding is both an individual and a team sport, depending on whether you count the horse as a team member (most riders do). But every rider also has the support of his or her other team members: trainers and fellow riders who cheer him or her on from the sidelines every step of the way.

At school, some of my most important team members have been teachers who have helped me and supported me throughout my high school years. I’ve really appreciated all of the teachers I’ve had over my last four years, and I’d especially like to thank Mrs. Goodwin for being such an intellectual inspiration, Ms. Lee for being such an expert on the Chinese language, Mr. Brown for being one of the most entertaining, quirkiest teachers I’ve had in a while and last but not least, Mrs. Knarr for being the best teacher and journalism adviser I could ever ask for (thank you for taking the risk of bringing 10 teenagers to San Francisco!).

I entered Churchill as a short freshman who couldn’t see anything in the hallways swarming with tall upperclassmen, and I’m exiting Churchill as a short senior who still can’t see anything in the hallways. I may not have grown a lot physically, but these past four years at Churchill and Corgi Glen Farm have taught me a lot. If wisdom was reflected in height, I’d like to think I’d be around 6 feet, but, sadly, it doesn’t work that way.