By Gil Jacobson and Emily Jin 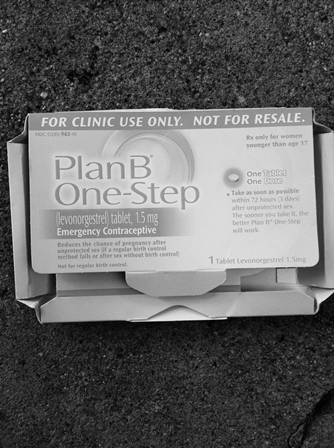 The Food and Drug Administration (FDA) approved the emergency contraception pill Plan B One-Step or the “morning-after pill” to be available as an over-the-counter pill to women 15 years or older April 30.

Emergency contraceptives are most effective when taken 24 hours after engaging in sexual activity, but are designed to be taken within 72 hours.

Previously, the pill was only available without a prescription to women ages 17 or older.

According to an April 30 Washington Post article, the cashier is supposed to request verification of the customer’s age by using a driver’s licence, permit or even a birth certificate.

Without verification, a 15-year-old will not be able to buy Plan B One-Step.

According to the article, women’s health groups strongly support the decision and are even urging the federal government to further widen the access to emergency contraceptives.

According to a May 4 Denver Post article, however, some parents are concerned about the reduced age limits because they feel they have a right to be involved when their children make decisions about sexual activity and pregnancy.

The S&P 500 finished above 1,600 and the Dow Jones Industrial Average topped 15,000 for the first time ever on Wall Street due to the positive April jobs report.

According to a May 3 Washington Post article, government data showed that the economy had added 165,000 jobs this past month, far more than expected.

With stocks at a record high, the surge could continue into the summer.

According to the article, stocks could continue to rise as long as interest rates are low and no sudden economic issues arise.

Despite these high numbers, some economic analysts are still skeptical about the recent success.

According to a May 3 International Business Times article, the unemployment rate dipped slightly to 7.5 percent, but that is still high by historical standards.

The stock surge could indicate that the economy is finally recovering from the 2008 crash.

The Supreme Court is expected to hand down its decision on the constitutionality of California’s Proposition 8 and Section Three of the Defense of Marriage Act by the end of June.

deals with the constitutionality of California’s Proposition 8, a 2008 ballot measure which  recognized marriage between a man and a woman in the state of California.

concerns the constitutionality of Section Three of the Defense of Marriage Act (DOMA), signed into law by President Clinton in 1996.  The act prevented the federal government from recognizing same-sex marriages under federal laws and programs.

According to a March 27 Politico article, the act appears to be on “shaky footing,” as a majority of the justices questioned its constitutionality.

Aside from these two cases, the expansion of equal rights for gays and lesbians has been on the rise.