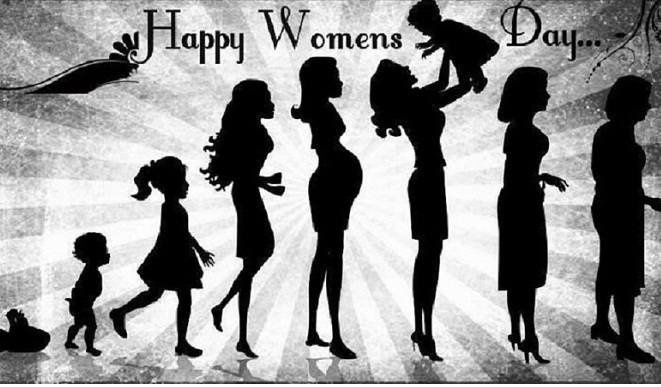 Across the globe women celebrated in different ways, and this year the day’s message was loud and clear with the hashtag: “Be bold for change.” Across the nation various groups celebrated the day differently.

“I wore red and informed everyone I could,” sophomore Zoe Joy said. “I also went to my job as a karate instructor and told the children what the importance of today was.”

According to sophomore Julia Greenberg, she also wore a red shirt Wed. and is “glad that the equality movement has gained popularity and that speaking out against sexism is becoming more common.”

According to a recent CNN article, some individuals planned to join a national women’s strike on this day, calling it “A Day Without a Woman.” Its supporters include the organizers of the Women’s March On Washington that took place in January.

While most of CHS took a more mild approach, other nearby school systems took more extreme measures. Both Alexandria, VA. schools and neighboring Prince George’s County Schools closed down schools for the day due to overwhelming numbers of teachers taking off on this particular day as part of the “Day Without Women” movement.

Many women feel that the gender equality movement has momentum at this time and want to do all they can to continue to fuel it.

“Today should’ve been a much bigger holiday than it was,” Joy said. “Women are the reason we are all here.”

This is why many well-known companies partnered with International Women’s Day 2017 such as Avon and BP.

“I believe and always have believed in equality. Everyone should get the same rights. We are all humans,” Joy said. “I will always be outspoken on my ideals of equality. Always. I will also educate as many people as possible and never stop appreciating women.”