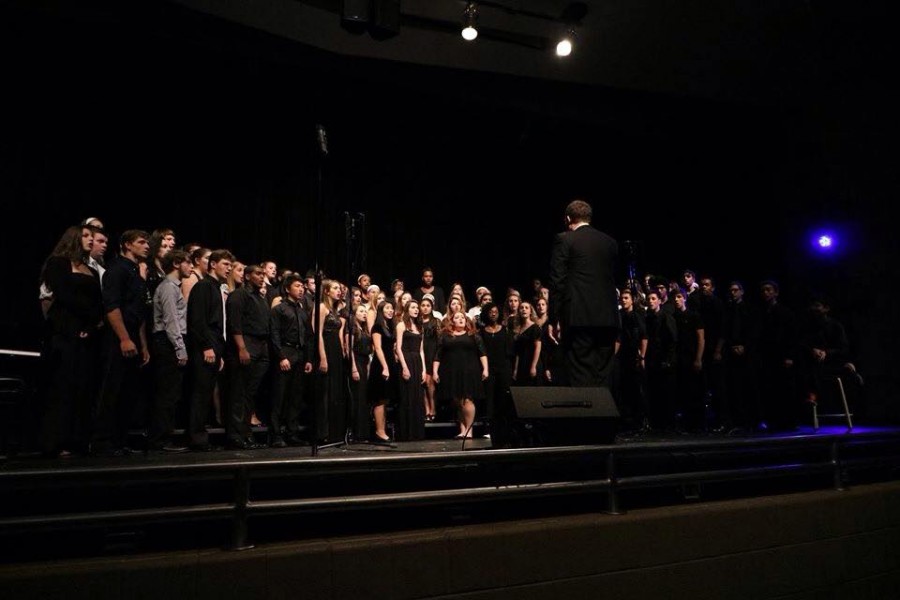 The title was meant to signify the connection between poetry and music lyrics, which was reflected in the pieces that each group performed. Different ensembles sang pieces of poetry, such as works by Edgar Allen Poe, an arrangement of the Star Spangled Banner, and Imitations of Immortality by William Woodsworth.

“I wanted to talk about the artistic way we’ve used words as a human race, then expound upon that idea by discussing how many music pieces are based off of poems,” Choral Director Matthew Albright said. “I chose these pieces because of the synergistic quality of what poetry and music can do for each other as separate art forms to create a bigger piece of art.”

Though the department has had a powerful start to the year, it still looks forward to growth and maturing talent in many different categories from its students.

“After the fall concert, the winter concert showcases seasonal songs, but we are looking forward to the spring concert the most,” Albright said. “It’s basically a capstone of what the students have learned over the year, with different genres and performance abilities that they’ve been working on.”