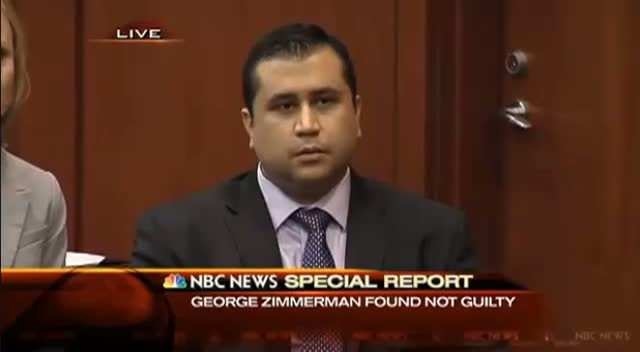 On July 13, Florida man George Zimmerman was found not guilty of second-degree murder or manslaughter in the death of Trayvon Martin.

George Zimmerman is a Neighborhood Watch coordinator.  On the night of Feb. 26, 2012, 17-year-old Trayvon Martin was walking home when Zimmerman spotted him.  Zimmerman called the Sanford Police Department and told the dispatcher that Martin looked “suspicious” and like he was on drugs.  After police told Zimmerman not to follow Martin, he disobeyed, and a confrontation began that ended with multiple injuries sustained by Zimmerman and the shooting of Martin.

According to transcripts from George Zimmerman’s 911 call, Zimmerman reported recent break-ins in his neighborhood and claimed Martin was suspicious and began to approach him.  Zimmerman then followed Martin after 911 told him “We don’t need you to do that.”  Zimmerman hung up with 911 before shooting Martin.

Zimmerman was found not guilty under his acts thanks to lack of evidence and Florida’s “Stand Your Ground” law, which state that anybody may use force in self-defense if there is reasonable belief of an unlawful threat.

According to CNN, Zimmerman pleaded not guilty under the rights of self-defense, and the jurors ruled in his favor.  The deliberation from the all-women jury took only 16 and a half hours.

The three-week trial cleared up some confusion, since the only witnesses at the scene were Zimmerman and Martin themselves.  However, the case has also triggered an outpour of politics and protests regarding racism.

According to TIME’s website, Zimmerman is proved as showing racism by claiming he saw Martin as a threat because he was black.  However, Zimmerman is Hispanic, so supporters of Zimmerman do not believe it is racism since Zimmerman is a minority.

Anger and protests against and for the verdict arose quickly on social media sites, where celebrities, students and many people country-wide took to the web to share their thoughts.

Some CHS students completely agree with the jurors’ decision, but some are not at all in favor of the “not guilty” verdict at all.

According to junior Weianne Reidy, she believes the verdict was “a mistake by the nation’s court” and was “injustice.”

Zimmerman will not get any jail time, and he is going to get his gun back that he shot Martin with.  Although Zimmerman won his freedom and the case, many people are still fighting over the verdict.  The case can be seen instead as a murder or an accident but now a feud of politics and discrimination.