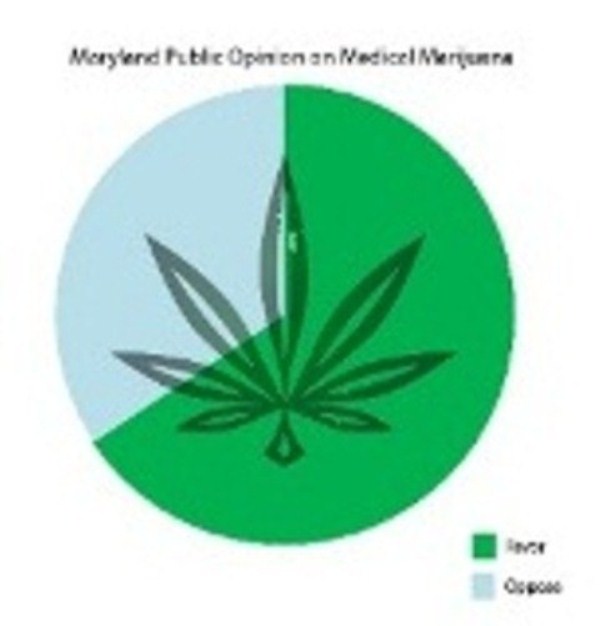 By Sonia Shekar and Lara Fu

Pot. Weed. Mary Jane. Herb. Bud. Nug. Whatever name you know marijuana by, laws regarding its use in the state of Maryland may be changing soon.

The Maryland House of Representatives and Senate are currently debating on two issues regarding marijuana: legalizing its use for medical purposes and decriminalizing possession of fewer than ten grams of it. The Senate approved the House’s medical marijuana bill April 8, 42-4, and it will now go to Governor Martin O’Malley to be approved or vetoed.

“Studies overwhelmingly indicate the effectiveness of marijuana in alleviating symptoms associated with chronic illness,” Garagiola’s legislative aide Allan Thorson said. “Senator Garagiola feels that HB 180 will effectively alleviate the fear of prosecution for a caregiver who is in possession of marijuana on behalf of an individual with a debilitating medical condition.”

According to a March 25 Washington Post article, while HB 180 legalizes the use of medical marijuana, the marijuana will at first only be distributed to a few academic medical centers. The earliest these centers would be able to distribute medical marijuana is most likely 2016, if O’Malley signs the bill into law.

According to the article, several academic centers, including the University of Maryland Medical System and Johns Hopkins University, do not want to be involved in the distribution of marijuana, as it still violates federal law.

However, according to Michelle Bernstein, legislative director for Delegate Dan Morhaim, Sinai Hospital in Baltimore “submitted a written letter saying they would possibly be interested in participating in a medical marijuana program.”

According to a medical marijuana information packet Morhaim prepared in 2012, HB 180 includes the creation of a network of state-sanctioned dispensaries and growers that would work with medical centers to distribute medical marijuana and collect data.

Morhaim, the sponsor of HB 180 and only medical doctor in the legislature, believes that this will be effective in providing safeguards against abuse, according to Bernstein.

The second bill under consideration is Senate Bill 297 (SB 297), which seeks to decriminalize possession of ten grams or less of marijuana, reducing the offense from criminal to civil. This would change the current punishment of up to 90 days in jail and a fine of $500 to a maximum fine of $100 and no jail time. The bill passed in the Senate March 19, 30-16.

According to an April 8 Potomac Patch article, as of that date, the House Judiciary Committee has not yet voted in favor of it.

Garagiola also supports Senate Bill 297 and believes it will benefit Maryland in the long run.

The Marijuana Policy Project (MPP) is an organization founded in 1995, and its primary goal is to reduce regulations and support both medical and non-medical use of marijuana. MPP lobbies for support of bills such as the ones currently being considered in Maryland.

According to a 2012 NIH study featured on the MPP website, the decriminalization of illicit drugs is not directly related to an increase in drug use among adolescents between the ages of 15 and 24.

This study challenges the concern that the legalization of medical marijuana will increase recreational marijuana use, especially among teenagers.

According to junior Tim Cheng, “recreational use won’t change” among students because it will still be illegal under federal law.

In order to better educate adolescents and parents about marijuana following looser regulations in many states, the MPP proposes introducing a marijuana education program.

“Honest drug education with an emphasis on relative safety and harm reduction will benefit social efforts to curb drug use far more than policies which allow alcohol but not marijuana when the latter is demonstrably safer,” MPP Communications Manager Morgan Fox said.

Marijuana reforms are gaining support across the country, and changes to current law are undoubtedly soon to come.