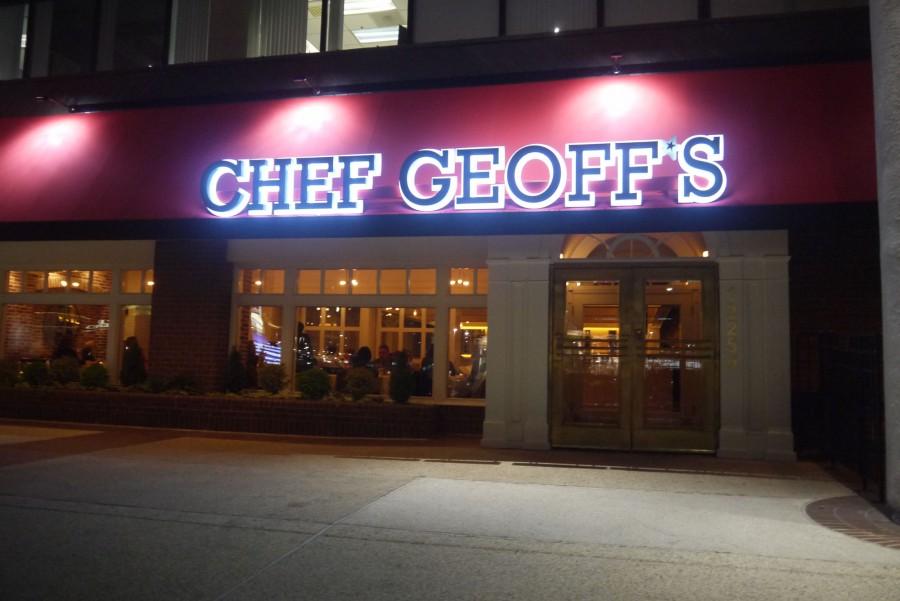 For anyone looking to show their buds some love—taste buds that is—Chef Geoff’s is the place to go. Chef Geoff’s became wildly popular with its first two locations in D.C., and after spreading business to Virginia and Chevy Chase, the up-and-coming restaurant opened its fifth location on Rockville Pike Sept. 12. Since then, it has served up to 700 people per night.

With its elegant minimalist décor of red and white painted brick, Chef Geoff’s caters to a mature business atmosphere while also providing an exciting alternative for family dinners. Dressing down may be tempting, but be sure to leave the sweatpants and t-shirts at home. Customers usually stick to dressy-casual, so a nice pair of jeans should suffice.

Recommending specific drinks and dishes on Chef Geoff’s menu is not an easy task, because everything is so delicious. The menu offers both appetizers and snacks: quick nibbles for just one person. Another notable menu option is Wednesday’s bacon bar.

One unique feature on the menu is its selection of homemade sodas.  The Orange Creamsicle Soda, in particular, manages to capture the creamy feel of an orange creamsicle but maintain the fizziness that makes it a soda. The not-too-sweet, but just sweet enough, drink is sure to please.

As for appetizers, the Hoisin Duck Confit with pickled vegetables and scallion crepes is perfect for any adventurous foodie. Wrap up some sour crunchy tomatoes and onions  in a fluffy crepe with spicy sticky duck, and you’ve got yourself a mini gourmet burrito.

One of the restaurant’s most popular main courses, the Pan Roasted Rockfish, is famous for its flawless mixture of textures of hearty bacon, broccoli and the flaky neutral taste of the rockfish.

A must on the menu is the incredible cinnamon-covered yucca fries. Yucca has a similar texture to baked potato but is slightly more bitter.

Last, but not least, comes the dessert menu. The Peanut Butter and Chocolate Tart is a heavenly oasis of creamy dark chocolate placed in a crumbly chocolate crust with some chunky peanut butter dabbled on top. If that isn’t enough to temp diners, try the Deconstructed Carrot Cake, which is essentially a make-your-own dish. The cake, cream cheese frosting, raisins and nuts are laid out separately on the plate in tangy raspberry syrup. Creating the cake is an activity in itself.

Overall, Chef Geoff’s is an impressive restaurant with friendly staff and quick service. While it does have top notch food, Chef Geoff’s is fairly pricey. Appetizers range anywhere from $8-15, entrées are $17-30 and desserts are $7-8. Be sure to make a reservation to avoid a long wait.