Remembering the terror of the DC sniper attacks 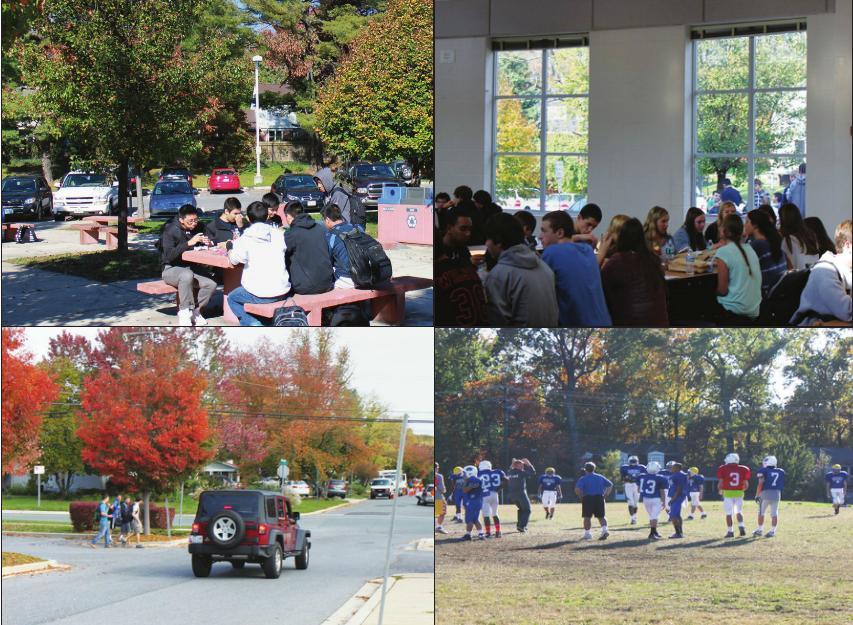 Ten years ago this month, John Allen Muhammad and Lee Boyd Malvo terrorized the CHS community and the Washington D.C. metro area by randomly shooting and killing civilians for 21 days.

Muhammad was executed in 2009 for his crimes, but Malvo’s life was spared. He is now serving a life sentence at the maximum-security Red Onion State prison in Virginia’s Appalachian mountains.

Even though CHS students were in elementary school or preschool, many still vividly remember the effect that the shooting spree had on this community.

“I was 6 years old when the shootings occurred,” junior Danielle Fisher said. “I remember I had to get picked up from the cafeteria because the teachers would not let us get picked up outside. I was also not allowed to go outside for recess and play on the playground.”

According to CHS security guard Terry Bell, the sniper shootings disrupted the learning days because the school had to implement certain emergency procedures.

“It was chaotic,” Bell said. “The school was prepared with the crisis plan, but since it was for so long we had to modify the Code Blue. Once school started and everyone was inside, we were really monitoring who had access to the school. People were paranoid and scared to be outside.”

Not only did the killing spree affect the school day, but it also affected extracurricular activities.

“P.E. classes that had outside activities could no longer be outside,” Bell said. “Seniors could not go out to lunch. There was a period of time when athletic games were cancelled and practices were eliminated. Some of the games were not even made up.”

According to a Sept. 29 Washington Post interview in which Malvo called himself “a monster,” “a ghoul” and “a thief who stole people’s lives,” Malvo apologized for the murders and showed his deep regret.

Despite Malvo’s apologetic tone, some CHS students believe that he should not be getting media attention because of his crimes.

“It is not fair that he is doing this,” Fisher said. “He already took the lives of many innocent people and caused people to live on edge for a few weeks.”

Others believe he was sentenced to the right punishment and is taking responsibility for his actions.

“I don’t even like the idea of the death penalty,” senior Alan Wong said. “His life sentence is already painful enough and will give him time to think about what he did.”

Regardless of what sentence Malvo is serving for his crimes, his actions forced most people in the community to learn lessons about safety.

“If this happened today, I would probably stay indoor more often and travel to places in a car more often instead of walking,” Wong said.

According to Fisher, even though she would be scared, she is “old enough to understand what is going on and what precautions to take to be safe.”

Because of the far-reaching effects this incident has had on the community, a temporary museum is being built to display items that were used during the crime spree until the National Law Enforcement Museum is opened in 2015.

According to an Oct. 2 Washington Post article, the museum is “not to glorify the crime, but to educate the public” about what happened during those weeks and how it changed our community.