Athlete of the Month: October 2017 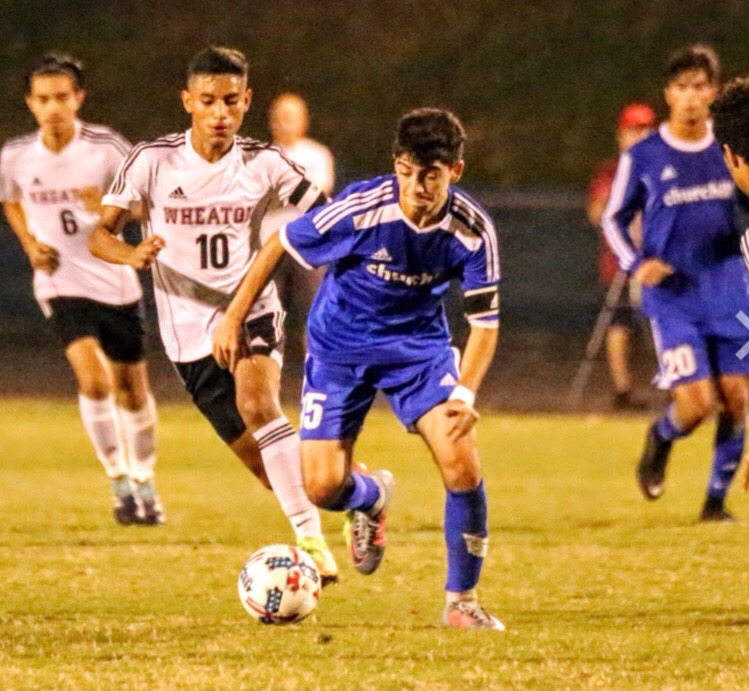 The lone goal in a tight game against rival Walter Johnson High School. A goal to seal the victory against Wootton High School. A hat trick to lift the bulldogs past Kennedy High School. These are just a few of the examples of midfielder and senior captain Darius Siahpoosh’s impacts on the CHS boys soccer season.

Siahpoosh has led the team to a 9-2 record thus far, as he’s had 18 goals and five assists. As a result of the leadership ability and natural talent of Siahpoosh, who has played soccer since he was five years old, the team has had a nearly perfect start to their season, which they will look to build upon through  the postseason.

“Darius has been the best player on the field,” junior captain Brian Murphy said. “He makes everybody else on the field, instantly better.”

Although he began the season playing for Bethesda Soccer Academy (BSA), Siahpoosh decided to play the high school league instead and help the team pursue a state championship. Siahpoosh chose to leave BSA, as players on BSA are not able to play on their high school teams as well.

Through the first twelve games of the season, Siahpoosh has been dominantly playing as an attacking midfielder. However, he has not been able to command the game alone. Senior defender Sam Spencer, senior midfielder Francisco Lainez and junior defender Thomas Young have set up Siahpoosh for many of his goals.

“Francisco Lainez has helped me be a better player on the field throughout the season,” Siahpoosh said.

In addition to Siahpoosh’s individual statistics, he impacts the game in other ways that cannot be shown in numbers. He is generous and reliable, always willing to make the extra pass or service to a teammate.

“We are much more efficient offensively,” senior captain Alok Kothari said. “Darius has created a tremendous spark in our offense leading to many goals.”

Through the remainder of the season, Siahpoosh will look to continue contributing individually as well as working with his teammates in order to try to make it deep into the post-season.

“My goal for this season is definitely to win a state championship,” Siahpoosh said. “As a team, we believe we can achieve that goal if we continue to work hard.”