No rest for the best: dual-sport athletes have a unique challenge 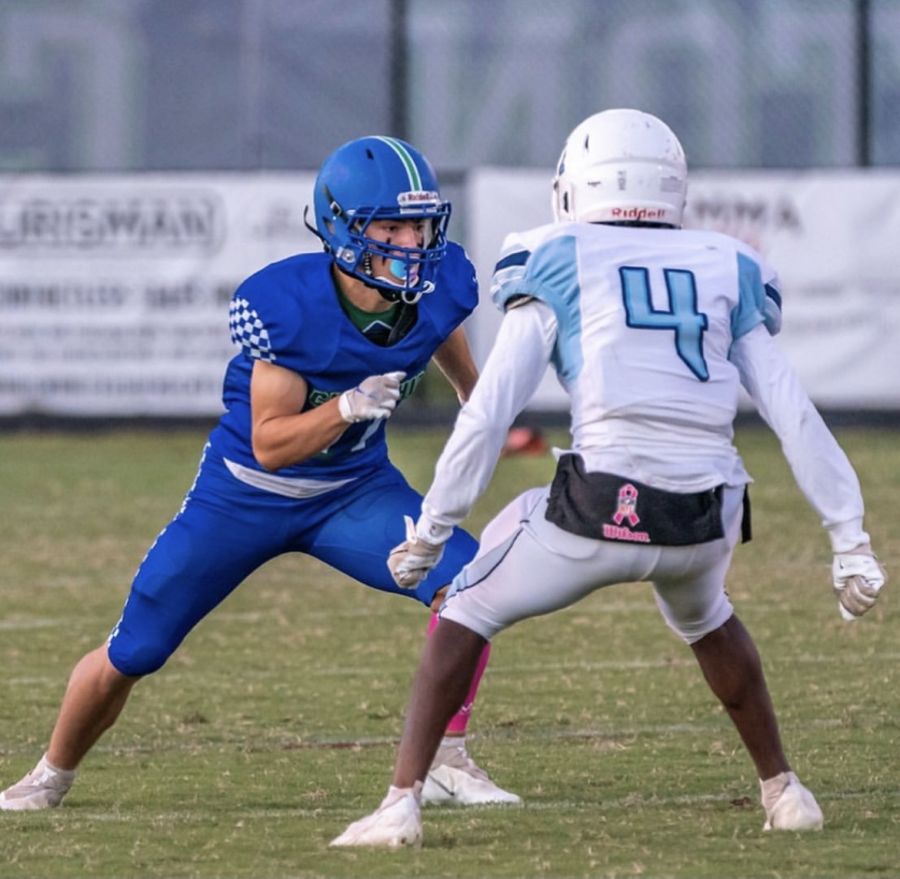 Although fans might see him in a basketball uniform now, just a few weeks ago Jamie Calhoun was catching passes for the WCHS football team.

On the night of Nov. 12, the WCHS Varsity Football team lost their final game of the season 42-6 to Northwest in the playoffs. Due to the hard work put in throughout the season to succeed, there is no doubt that each and every player was exhausted. Yet, for some of the athletes on the team, their practices, games and hard work were only halfway done.

In high school it is not uncommon for students to play multiple sports with little to no transition time. The time between fall playoffs and winter tryouts is only three weeks, even less for teams that qualify for state tournaments. These dual-sport athletes have to practice and play virtually every day for over six months, which can be difficult for even WCHS’ best athletes.

However, athletes who have been playing multiple sports for a long time have been able to get used to the wear and tear of being a dual-sport athlete. But, this can lead to a very busy schedule in which athletes have virtually no breaks.

“Usually after wrestling season I do 4-5 months of club wrestling,” Jaden Selby, a senior on the football and wrestling team, said. “Then right after I start doing offseason football workouts and that season begins.”

Another major challenge for dual-sport athletes is injury. While one season has its own set of bangs and bruises, back-to-back seasons can be detrimental to an athlete’s body. In addition to any injuries they gain during their second season, the short transition time forces dual-sport athletes to play through any injuries they suffered earlier in the year, regardless of whether they’ve fully healed or not.

“The biggest challenge of being a dual-sport athlete for me is just staying healthy throughout both seasons,” Calhoun said. “The injuries I had in football haven’t fully healed yet, so it can be a struggle sometimes to stay healthy when I’m already partially banged up.”

With each sport requiring a different skill set, another challenge for dual-sport athletes is maintaining the strength that allows them to succeed in multiple sports. While some sports like basketball, cross country and field hockey require endurance, other sports like baseball, football and track require shorter bursts of higher intensity from athletes. Generally, athletes can maintain one type of physique through constant training that helps them prepare for their one sport. However, dual-sport athletes that play in both types of sports have to be ready for anything.

“It’s really hard to stay in shape for both of my sports at the same time because they are very different,” Calhoun said. “In football you get lots of breaks in between plays and possessions, but in basketball you can be running up and down the court for a very long time so I really have to adjust everything based on what season I am in.”

Although the constant intense training can have a harmful effect on a dual-sport athlete’s health, it does help them develop good habits. The cycle of eating healthy, resting whenever possible and working out constantly in both the offseason and regular season leads to a boost in overall athleticism and health.