Creating team chemistry is a challenge during shortened seasons 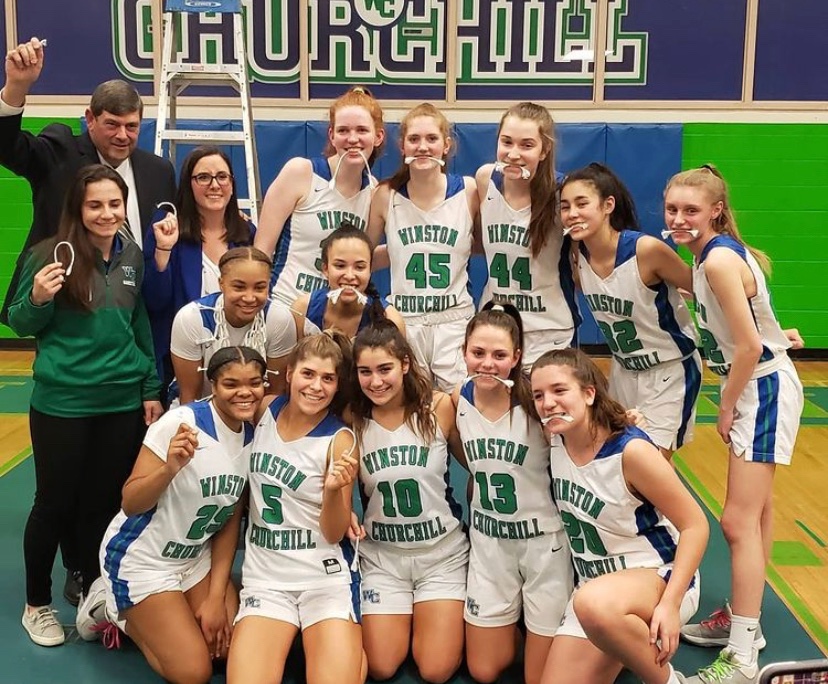 Despite losing players due to graduation, the girl's varsity basketball team feels confident in their team chemistry. Last year, the team made it to states before COVID-19 shut down the esteemed tournament. This year, they look to build on their strong chemistry and have another successful year.

There are many valuable elements that are critical to the success of WCHS sports teams. Talent, work ethic and practice are just a few of these factors. However, no element can be more crucial to a team’s success than team chemistry. Team chemistry consists of a team’s ability to work together and bond with each other. But this year at WCHS, a new challenge awaits student-athletes that will test each team’s chemistry.

Unfortunately, due to COVID-19, the sports seasons for WCHS student-athletes have been moved towards a later time in the school year. These changes also include a shortening of all three seasons so that they can fit into the school year. In the meantime, virtual sports are held on Zoom, but some WCHS students fear that this will affect their team’s chemistry. Specifically, there is some concern about the lack of face-to-face communication that teammates will be able to have this season.

“A shorter season will definitely impact our team’s chemistry. We won’t be able to spend time together and bond like we would during the regular season,” sophomore Dillan George, a member of the WCHS girls basketball team, said.  “Normally, we would be seeing each other almost everyday and hanging out. Now we don’t have that privilege. It’s hard to make a connection through a screen.”

Since team chemistry is such an important part of a team’s quality of play, some student-athletes are concerned about the success of their team. This may be the case but there are still many student-athletes, like Isaac Kreisler, a sophomore on the WCHS baseball and soccer team, who believes that their teams will be able to overcome the adversity and play just as well this year.

“A shortened season might have an effect on our success because we would have less practices and time to develop,” Kreisler said. “But, we all also bring our talents that make our team good, so I don’t think we will be affected by the conditions of the season.”

The rationale for why a shorter season could affect team chemistry is that unlike professional sports teams, WCHS teams change significantly every year as players graduate and enter the school. This means that teams often require a portion of the season to develop and optimize their chemistry.

“It normally takes about a few games and practices to get to know each other. But, once we know how we all play our team gets better,” Kreisler said.

“[Team chemistry] is important to understand your teammates strengths and weaknesses. This makes it easier to help them out and overall win more games,” junior Jake Stern, a member of the WCHS baseball team, said. “It also makes the team as a whole play with more energy and be more in sync.”

“Team chemistry is important because it provides players with the opportunity to improve themselves on and off the court. When I play basketball with my teammates, they push me to become better,” George said.

In addition, when student-athletes have high team chemistry they are able to relax and appreciate the game more; when relaxed, student-athletes can play at a higher level and become more focused without stress.

The importance of team chemistry is often something that is overlooked by the viewers of the game and even the most dedicated sports fans are sometimes unable to find the effects of it during a game. However, team chemistry is one of the driving factors in inspiring WCHS student-athletes to work hard, have fun and win games.

“Getting along with teammates helps me to enjoy the game more. Small moments like joking around during practice keep me looking forward to the season,” George said.