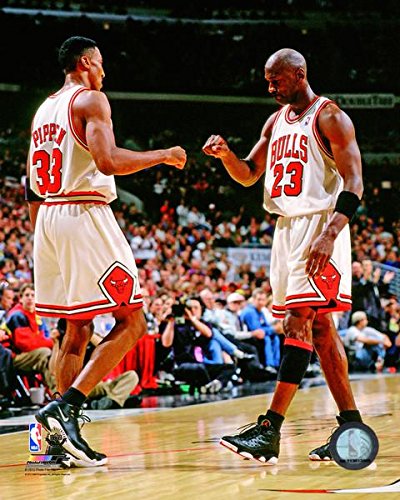 At the start of Mar., thousands of athletes around the globe mourned the abrupt ending to their season as a result of COVID-19. This included athletes who played for club sports, high school or college teams and professional players from all sports for the next several months. Not only has this unexpected ending to sports seasons affected athletes, it has also left millions of disappointed fans who devote hours a day to watching sports on television networks, such as ESPN. Luckily, ESPN has not left their sports loving fans hanging, as they have found creative ways to broadcast sports, keeping fans entertained during this difficult and scary time in our world.

One way ESPN has provided fans their sports fix is by broadcasting past memorable games and moments in sports history. From former NBA finals games, to March Madness games, to The Superbowl, ESPN has used this rare situation to reminisce about these classic games that redefined sports.

“I’ve watched many old games, some of my favorites being the 1992 March Madness finals Kentucky versus Duke and the 2009 Super Bowl Steelers versus Cardinals,” junior Evan Levitt said.

Another creative way ESPN has allowed for athletes to compete without being physically together is by creating various contactless tournaments, such as an NBA 2K tournament and a horse tournament. NBA 2K is a high resolution basketball simulation video game developed in 1999. Popular basketball players, Devin Booker and Deandre Ayton, played in the final round, and were displayed playing the game from their home. They played with an announcer to make the game feel more professional and serious. Many fans enjoyed how ESPN merged a video game that many people play at home with a competitive bracket style basketball tournament.

“I enjoyed watching the NBA 2K tournament with professional NBA players because it was fun to watch them play a game that I play everyday,”  junior Zach Segal said.

Additionally, ESPN aired a horse tournament that began on Apr. 12. Horse is a basketball shooting constant where players alternate shooting from different locations on the court. If a player misses a shot, then they get a letter “H” and will continue earning more letters until they spell out the word “HORSE.” The person who spells the word first loses the game.

During the tournament players went back and forth from their respective homes in order to maintain social distancing. This was a clever way for players to be able to compete against one another without being together physically. However, some people opposed the tournament because they felt that the athletes were not taking it seriously enough.

“I watched the horse tournament, but I was not a fan,” Levitt said. “None of the players were really trying and it just was not entertaining.”

Another way ESPN has provided sports entertainment is by playing documentaries about various athletes and teams. Most notably, the Michael Jordan documentary, “The Last Dance,” was a 10 part documentary series that began airing on Apr. 19. The documentary gave fans a glimpse into the world of Michael Jordan and the Chicago Bulls by going back and forth between his final season and when he first started his career.

“I liked ‘The Last Dance’ documentary because it showed footage of The Bulls that has never been seen before along with interviews from many great players from that era,” Segal said.

Overall, ESPN has been putting much effort into giving their viewers content during this tough time. Although we cannot watch the traditional sports games that we are used to, the sports world still has the opportunity to see some of their favorite players and relive past moments in sports history.

“ESPN is doing the best they can given the situation they are put in,” Levitt said. “There is not much more they can really do.”