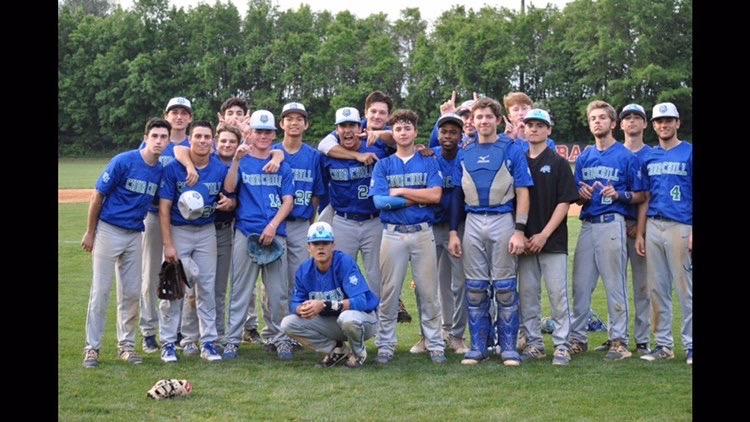 In 2019, the WCHS baseball team had a record setting season going far deeper into the postseason than in recent years. Following the graduation of multiple talented seniors, the team has gained some fresh faces and a boatload of young talent.

“Last year was a massive success within the WCHS baseball program,” senior commit Jesse Lacefield said. ”While some key seniors graduated, I know everyone from last year’s team has greatly improved. We expect this season to be our breakout year, and we feel our team is prepared to be one of the best in the region and state.”

The team is not worried even after losing some star players and multiple commits because they have gained some new talent and plan to shatter the precedent set by past teams. Adding new under and upperclassmen to the roster, the team is determined to make waves this season.

“Going off last season’s success we established a winning culture,” senior commit Eddie Hacopian said. “We just have to continue to improve day in and day out. We have the pieces to win states we just have to put them together.”

With some fresh faces, young talent and familiar skill, the WCHS baseball team plans to make a statement in the 2020 season. The team plans to accomplish goals achieved by no other team in recent years by winning the county and possibly a state title. But there are some bumps in the road that the team must make it over first.

“One of our main goals is beating BCC,” Lacefield said. “They’ve beat up on us the last few years but this year we are planning revenge.”

To prepare, the team has been training consistently after school to improve fitness. It’s important to get in shape prior to the season because all spring sports are given less than a month to practice together before their first game. Teams have little time before their first game to implement strategies and plays into their system, and conditioning during practices takes time away from learning.

“We have been lifting four times a week and hitting six times a week in a strength, speed and agility program at the Baseball Zone in Gaithersburg,” Lacefield said. “Other players continue to work hard by showing up after school multiple times a week for workouts and attending practice Saturday mornings.”

The team is ready and fired up for the 2020 season which is just around the corner. With help from some star players and young talent the team has faith in their coaches to rally them to victory.

“Our coaches Pat and Kyle Skellchock, as well as Jim Tapley, are some of the best in the business, keeping us productive and focused everyday during practice while preparing us for the games ahead,” Lacefield said.