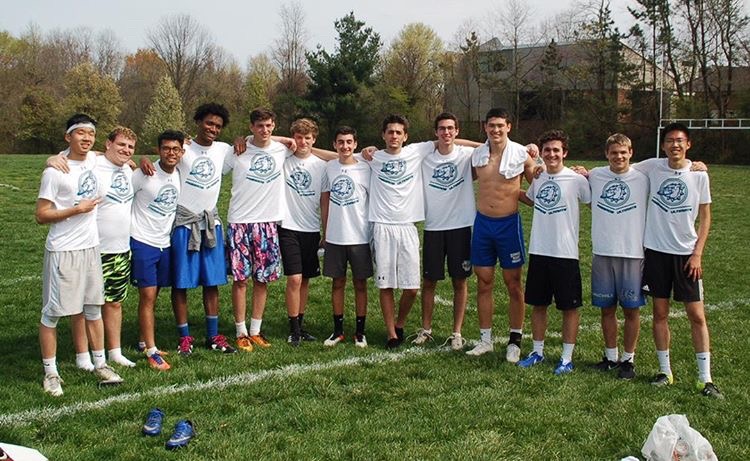 The WCHS frisbee team is not an official sports team, but a club that meets twice a week. The team is a tight-knit family.

All around WCHS, a student can see and hear announcements for joining the school’s ultimate frisbee team. Except it’s not a team—it’s a club that runs in the fall and spring.

Captained in 2018-2019 by Ben Malech and Jerry Liu, the Ultimate Frisbee Club at WCHS is known for being a great way to do a sport without the major time commitment of a JV or varsity level team.

“People should join if they like sports but don’t want to have a time commitment,” senior captain Ben Malech said. “Especially if they don’t want a commitment to a team where they don’t even get much playing time.”

The team only practices twice a week, compared to the typical six days of practices for official WCHS sports. They have one game on the weekends and a final statewide tournament at the end of the frisbee season.

“It’s the chillest sport at WCHS,” junior Mikey Howe said. “You can have a lot of fun while getting good exercise.”

Malech joined the team because he was looking to continue the sport after summer.

“I joined the club because I played frisbee at camp,” Malech said. “I was eager to play at home too.”

No other MCPS school has an official frisbee sports team, however many of them have clubs similar to that at WCHS. Many on the team think that by making frisbee an official sport, students would be more inclined to join.

“I think it would be terrific to make this an official school sport,” Algebra 2 and MV Calculus teacher, along with club advisor Mr. Southworth said. “I think there’s a lot of interest in the county, so maybe its time has come.”

Members of the club agree, with Howe noting that it would increase competition and attract more attention. However, Malech thinks that its club name instead of an official sport name is what gives the team the relaxed feel.

“I wouldn’t make it an official sport,” Malech said. “It is so relaxed compared to the other sports at our school and I wouldn’t want to lose that.”

It is super important to everybody on the team to not lose the specific atmosphere that the team has. Because of the lack of a big time requirement and less pressure, the frisbee team prides themselves on their stressless environment.

“The Frisbros are a chill team, but I wouldn’t describe them as relaxed,” Southworth said. “They are very competitive and want to win.”