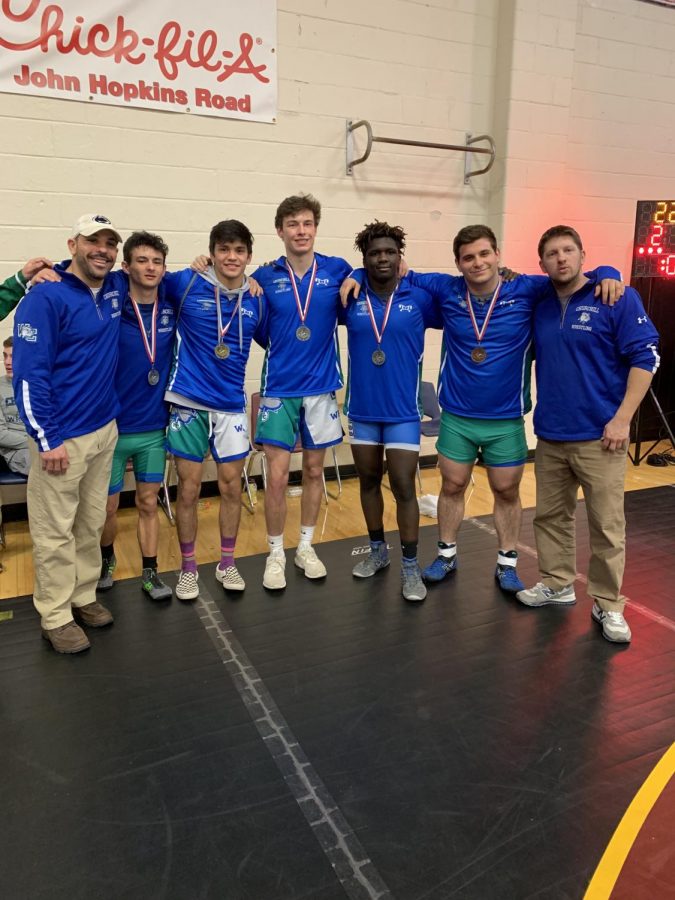 Following last year’s success of placing second in the state, the WCHS varsity wrestling team is working toward another successful season.

Seniors and captains Carlos Villamar and Oliver Yang are leading the team this year under the guidance of their coaches.

“I believe that the team will do very well, even though we lost a bunch of key wrestlers from last year,” Villamar said. “Currently, we are building up our confidence as a team, which is a very important factor when competing. By the end of the month, we will be strong again.”

Last year, the team won both the divisional and regional championships. These victories took them to the State Championship, making WCHS history as the first team to make state duels, where they placed second. In the end, it was their strongest season in years.

“This year’s team is not far behind,” wrestling coach and WCHS physical education teacher Timothy Lowe said. “The season started off tough with loses to both BCC and Damascus. After that opening weekend, the team has really stepped up and has not lost since, currently posting a 16-2 record.”

This is Lowe’s sixth year as a WCHS wrestling coach. Last March, the team’s other coach, Tony Howard, was inducted into the MPSSAA Maryland State Wrestling Hall of Fame for his high school and collegiate wrestling career. Both the coaches’ high achievements and results show not only their dedication to the sport, but also the team.

“Competitions are mentally and physically draining because you are using your entire body to essentially dominate your opponent,” Villamar said. “After doing that five to nine times at a tournament, it will get the best out of you.”

Those who are unfamiliar with the sport may not know just how complex it is. Team members are divided into different weight classes, and they must maintain that precise weight number in order to compete.

“For matches there are 14 weight classes, and the wrestler in that weight class wrestles the other team’s wrestler for that weight,” Yang said. “Competitions are intense. If you win your match, you get three team points, and if you pin the opponent you get six. The team with the most points wins.”

The team maintains high expectations for the rest of this season. The team’s senior night is against Magruder High School Jan. 29, meaning it is their last home match before playoffs.

“We want to win the region and division championships this year like we did last year,” Yang said. “I think we have a solid chance if we bring our A game and finish out strong.”