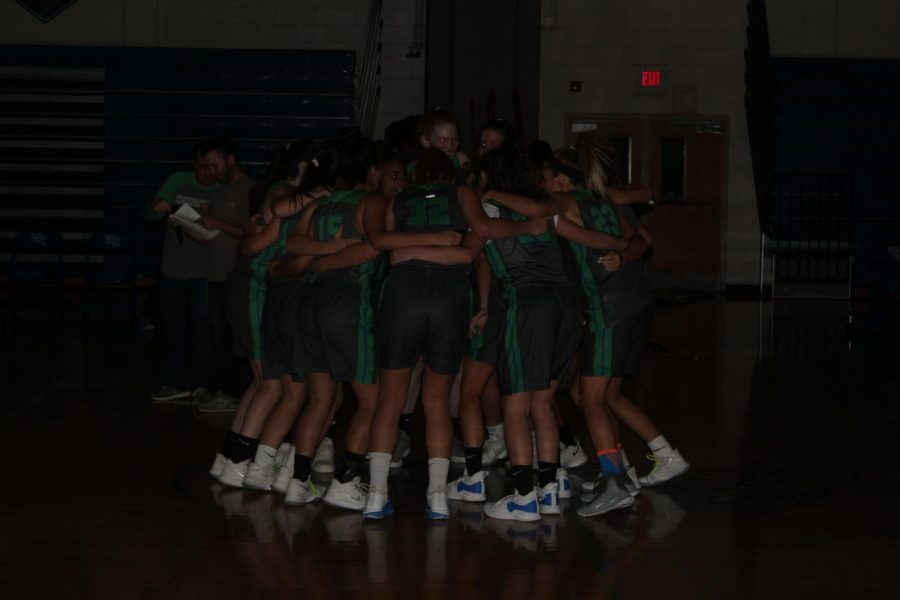 The Varsity Girls Basketball team huddles before the start of the event.

On Nov. 30 the boys and girls basketball teams hosted Midnight Madness. The event was intended to boost excitement/hype for the teams’ upcoming season, was free to students and other young community members and helped raise funds for both teams.

The night included a three point shooting competition, a dunk competition and a basketball/ball-handling skills competition. There was also a half court shot contest with a 500 dollar scholarship as the prize.

“It was a super fun night, and it made me excited for the season,” junior Ryan Flax said.“I hope it made everyone else excited.”

“It was cool to see a freshmen kill the three point competition like that,” senior Allison Beiser said. “Hopefully that can bring excitement for our season and increase attendance at the games.”

Something noteworthy about Midnight Madness was the level of community engagement. Many middle and elementary schoolers from WCHS’ feeder schools participated and enjoyed a game of knockout. One Hoover Middle School seventh grader even walked away with the 500 dollar scholarship after splashing the half court shot.

“It was amazing how hype everyone got after that shot,” Flax said. “Glad he came out and was able to win some scholarship money.”

While raising excitement for the season, the basketball teams were also able to generate money for their programs. They did so in various ways. Parents had to make a donation to get in. Each student paid two dollars for a half court shot attempt and five dollars for raffle tickets to win a jersey signed by Wizards player John Wall.

“I was so glad to see everyone have such a great time,” Beiser said. “It was great to help out the programs while also giving out cool prizes to the community.”

While this event had taken place in the past, it hadn’t occurred for the last few years.

“I hope we do this again because my teammates and I had a great time and it seemed like everyone that came out did too,” Flax said.