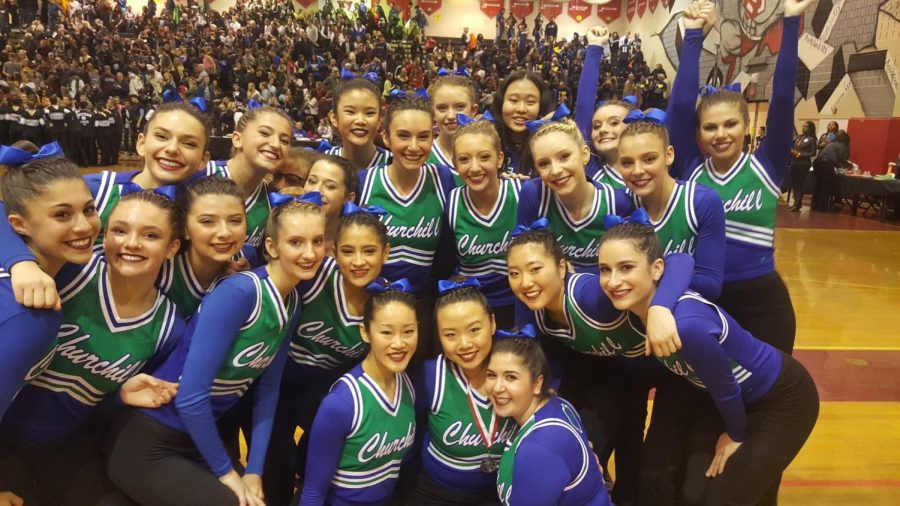 WCHS poms is currently in division two, but is at risk of being moved down to division three for next season if they do not place in the top five at their county competition this year.

Division one is the highest division for school sports and division three is the lowest division, with division two ranking right in the middle.

“Moving down to division three would be a really big disappointment, especially considering all of the hard work we put in,” junior Danielle Short said.

They have a roughly five minute routine that they perform at each competition, which includes five different styles of dance including lyrical, hip-hop, jazz, pom and kick. Teams are judged based on technique, performance, style and cleanliness of the routine.

“The team is more focused and determined to be a stronger team than ever. We are very optimistic about the upcoming season because we have a lot of choreography that is different than past years,” head coach Tiffany Carmi said.

There is already a lot of pressure to do well at each of their four competitions, but the possibility of moving down a division adds even more pressure.

“If we keep up our current work ethic and continue to have the right attitude, we can come out on top because we have been working so hard,” sophomore Brooke Glickman said.

“This season, the team’s mindset is definitely more serious than past years,” junior Danielle Miller said. “Although it is a lot of pressure, we certainly gain a new goal, which helps us practice harder.”