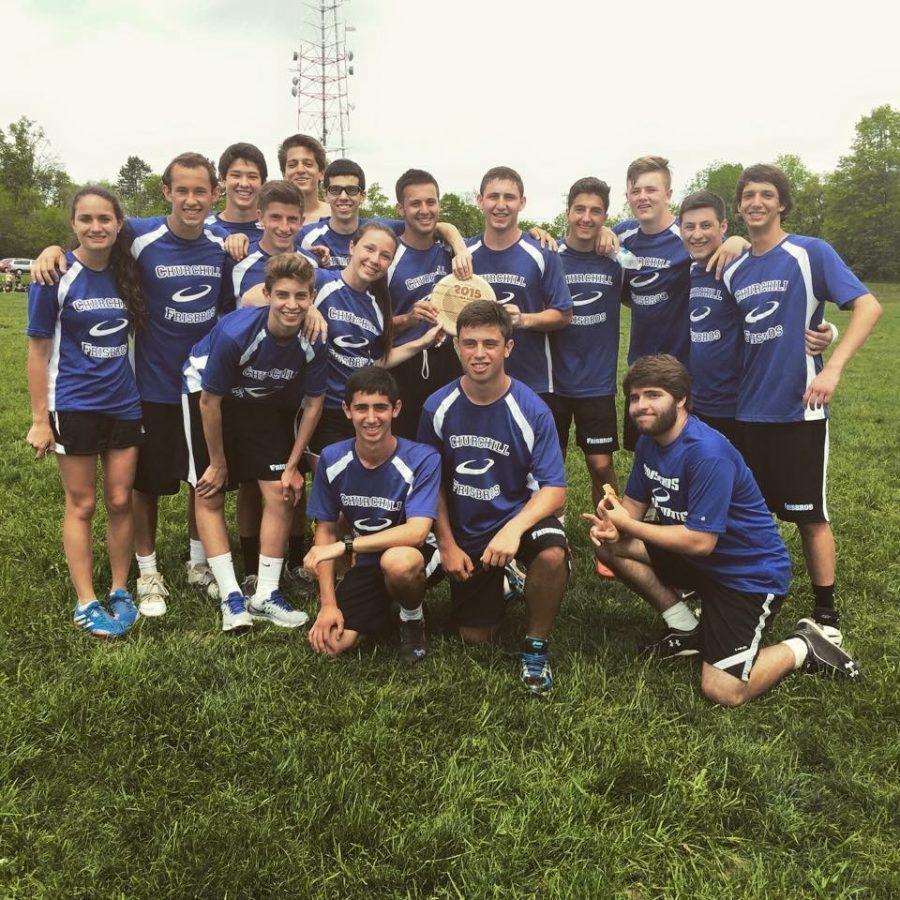 Last year's team poses after its State Championship appearance. This year's team is preparing for States.

The idea that ultimate frisbee would become a recognized MCPS sport has been tossed around for a while, and with the recent announcement by the Olympic committee declaring frisbee an olympic sport, now may be the most likely time for a change to be made.

“I’ve talked to some county people, and they like it,” Glassman said.

“I do see it as a sport,” Rivinus said. “It’s a newer sport, but it’s exciting and incorporates a lot of skill and athleticism.”

Although ultimate frisbee appears to have a valid argument in its attempt to become an official sport in MCPS, it has been hard for clubs to become sports in the past.

“You would be surprised at the number of different requests we have received over the years to add various sports,” said William Beattie, director of MCPS athletics.

However, there is some hope in ultimate frisbee’s chances in becoming an official sport as it meets many of the MCPS parameters.

According to the MCPS Athletics website, ultimate frisbee passes all of the criterion for becoming a sport except Section D, being approved by the chief operating officer, which is part of the proposal submission process.

It’s not only the CHS community that sees ultimate frisbee as a sport as shown in a recent survey.

According to a survey conducted by Reddit, 80 percent of respondents believe that ultimate frisbee is indeed a sport which is a higher amount than six sports that are currently in the summer or winter Olympics.

If it were to indeed become an official sport in MCPS, ultimate frisbee would immediately become one of CHS’s top athletic teams as they finished runner up in the state tournament last year and all the starting handlers from last years team are returning.

“I think we have potential to win states this year,” Glassman said.