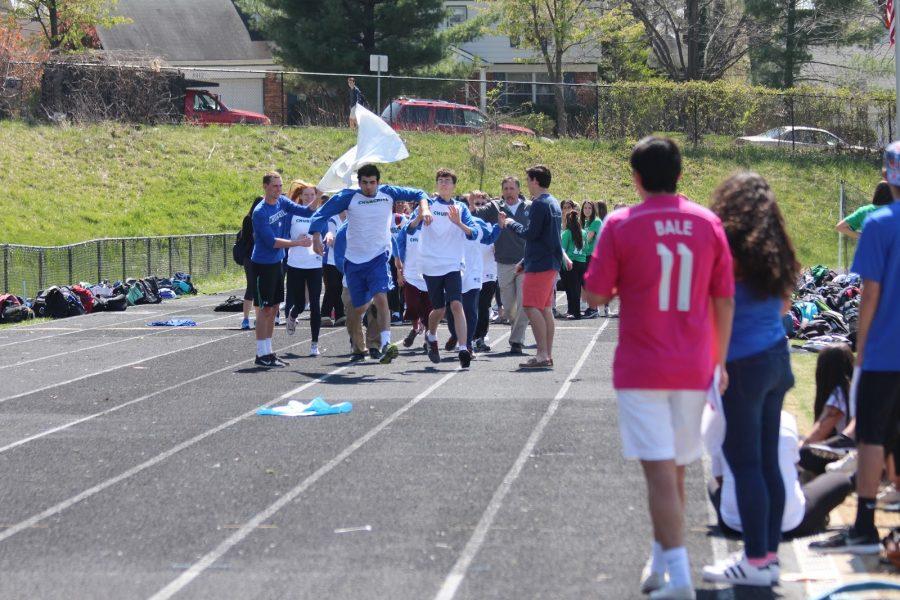 The Allied softball team is announced at the pep rally April 15.

CHS has introduced a new sport for the current spring season—allied softball.

“I would recommend the team to anyone,” freshman Ariel Derby said. “We just try our best to have fun, and even when we lose, the kids on the team are just happy to play for Churchill.”

According to an MCPS document titled “Procedures for Adding a New Interscholastic Sport,” to add a sport to the county, it must fit many guidelines. The criteria includes schools having available facilities and students across the county being able to afford the expenses of the sport.

“If a new sport is considered being added, cost and available space are major factors,” athletic director Scott Rivinius said. “Schools are encouraged to field as many county offered sports as possible.”

“I thought it would be fun to get back into coaching as I coached softball and basketball for close to 10 years when I was a middle school teacher,” Forney said. “I always enjoyed working with students outside the classroom too.”

Unlike other athletes at CHS who practice and have games every day after school and on weekends, allied softball only has one practice and one game per week.

“I was looking for something that didn’t require a five- or six-day time commitment,” Forney said.

To encourage students to play allied softball, there was an announcement on the Daily Dose prior to the beginning of the season as well as other methods of advertisements.

“The challenge of getting a team together involved asking some of the players who played bocce and handball, making posters and making an appeal to my own students too,” Forney said.

Any student at CHS can be on the Allied Softball team, regardless of skill level or experience with the sport. Games started at the end of March, and while the team has lost its first four games, the players and coach are looking forward to the games ahead. The team’s next game is a home game against Rockville High School April 29 at 3:30 p.m..

“It doesn’t matter whether we win or lose, as long as we play together,” freshman Frederieke Schmidt said.

While it is only in its first year at CHS, players are already looking forward to next year on allied softball.

“I hope to do it next year and encourage others to join as well,” Derby said. “I hope that this new sport will continue to grow next year.”