With No Seniors, Softball Captains Step Up to Lead the Team 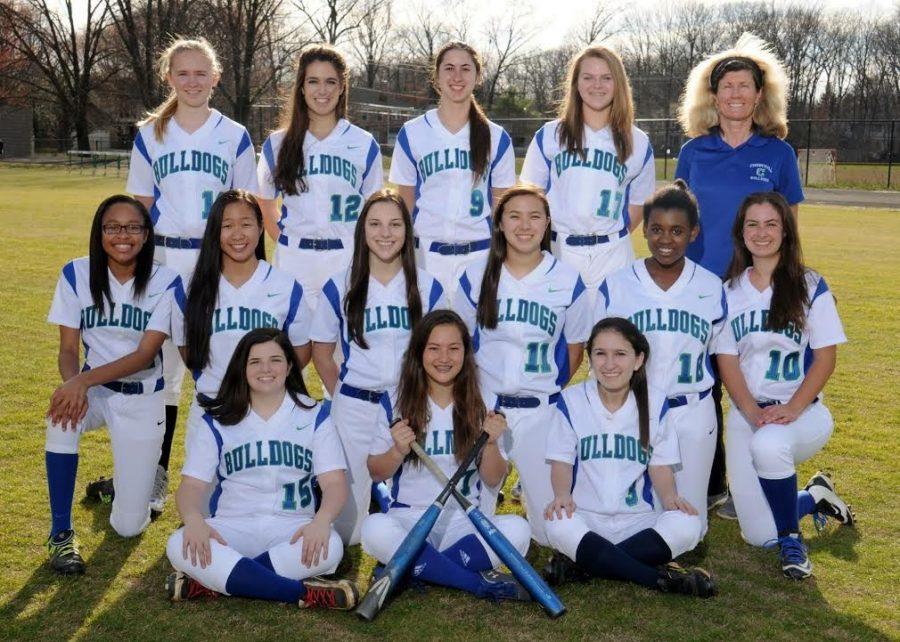 Varsity Softball features two sophomore captains and two junior captains in place of seniors. The team is off to a 2-8 start.

By Kyle Emery and Jake Certner

On any varsity team, it is almost a given that the heart and soul of the team revolves around senior leadership, four-year players who know the ropes and are looking to make an impact on their final season, but what happens to a team void of this presence?

The varsity softball team does not have a single senior this season. While the team is filled with strong talent, they are devoid of the classic senior leader.

“Having no seniors negatively affects the program due to the fact that we lack experience as a whole,” sophomore captain Brittany Lew said. “However, we have a lot of hard workers and each player is always looking for ways to improve.”

Along with junior Eva Conley, captains now include junior Kailyn Groisser and sophomore Erin Huang. Despite the untraditional feel, non-senior captains not only provide a unique opportunity for the players this year, but will build leadership skills for the girls’ future seasons that unlike seniors, these ladies will have a chance to still be a part of.

“I think regardless of age, this year’s captains have done quite well despite the missing seniors, and that’s most important,” Conley said.

Regardless of the fact that they are not seniors, the returning players from the previous varsity softball season can still use their experience to help new teammates build a successful team along with implementing new strategies.

“We all encourage each other to sustain our strategy to get better during practice, at games and at-bat every time we step on the field,” Lew said.

According to Huang, despite having no seniors, the team plans on practicing hard at each practice as well as leaving everything on the diamond at each game. The team is currently trying to find the best position for each of their players throughout this season.

The team is off to a 2-8 start, but they have been thrown right into mix facing established opponents such as Blair (whom the team lost to in the playoffs last year), and the defending state champion, Sherwood. As the girls get more experience and deeper into their season it will be far easier to evaluate the team.

“This year will most likely be a rebuilding year due to the fact that our team is young, so our expectations aren’t as high going into this season,” Huang said.

Conversely, head coach Sharon Morris strongly believes that her young team will not only benefit the program in the future, but be just as effective as any other team in the league this year. Despite not having the seniors, she feels confident that both sophomores and juniors alike can excel in leadership roles.

“The juniors on the team who are our captains have done a fantastic job of stepping into a leadership position and have done a tremendous job leading the team so far,” Morris said.

With or without the presence of current seniors there is no doubt that the Bulldogs will be putting everything they have into this season, and will be able to build off their accomplishments and learn from their failures for years to come.