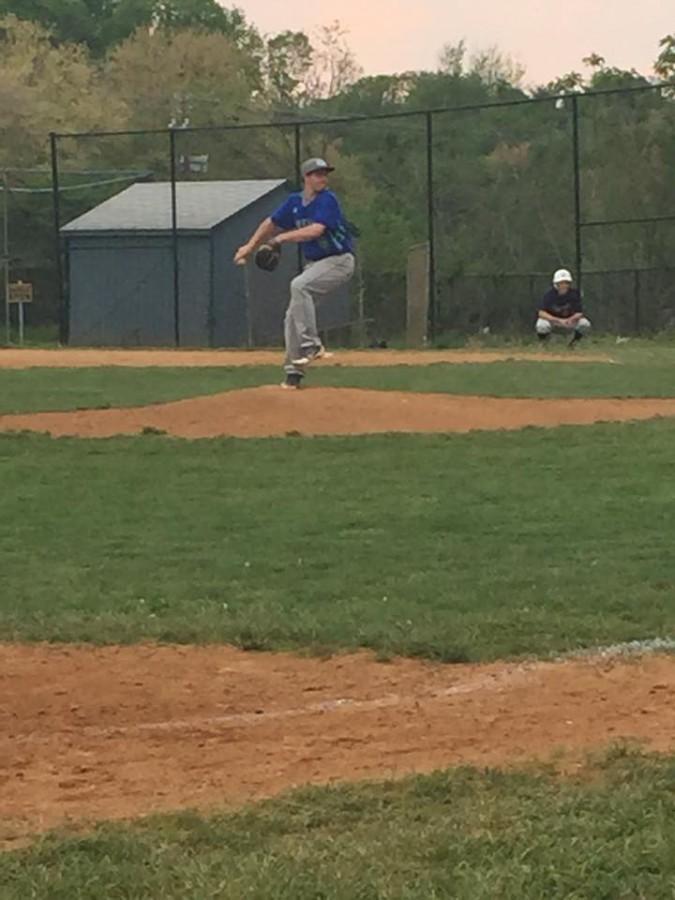 After a disappointing season with a record of 3-7, the CHS baseball team closes its season with fond memories of the past.

The team played their final game at home May 5 against Wootton, ending with a final score of 2-12 in favor of Wootton.  Senior captains Jack Langerman, Jesse Katz, seniors Griffin Horn, Oliver Pflieger, Grant Taylor and Ethan Denicoff took the field for the last time.

“I’m going to miss everything,” Langerman said.  “I know it’s cliché, but I wouldn’t want to play any other sport or at any other school.”

Despite the losing record of the season, the seniors feel very strongly about their final year on the team.

“Obviously I want to win every game, as does every competitor in life, but this season has been the best of my life,” Langerman said.  “I love all of these guys and have never had a team with such good chemistry.  It’s been a blast and every guy has a part in that.”

According to Pflieger, although he is not happy with the team’s record because of the many errors that they could have avoided, this is his “favorite team to have been on in all four years because of how close we all are.”

Not only do the seniors feel that the team has become a cohesive unit this year, but the rest of the team does as well.  Junior Matt Lipson credits this closeness to the seniors’ leadership.

“The legacy that they will leave behind is their leadership that has brought our team so close,” Lipson said.  “I am going to miss the seniors’ leadership, passion and fun attitudes.”

Many of the seniors feel that baseball has taught them important lessons that they can apply to the rest of their lives.

“I’ve learned that there are only two things you can control—attitude and effort—and that applies to everything,” Horn said.

According to Pflieger, his favorite memory is becoming close with his teammates.

“I am going to miss just being out on a baseball field and relaxing with close friends,” Pflieger said.  “I don’t think I would have been close with all of my friends if it weren’t for baseball.”

The 10 remaining teammates will feel the loss of their seniors next season.

“They are a great group of guys who are not just great baseball players but also fun guys to be around,” Lipson said.