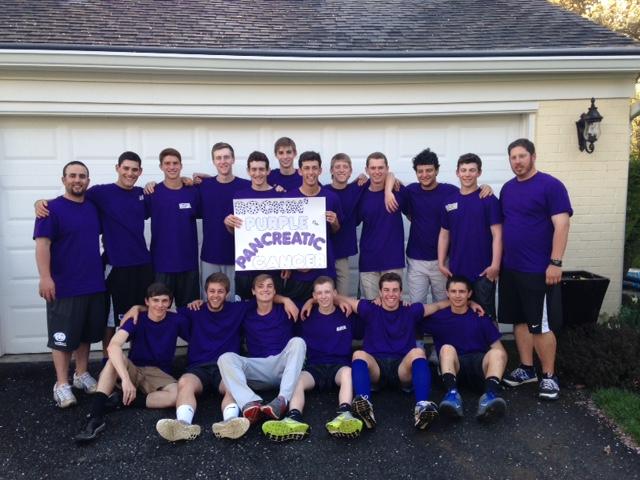 According to pancreatic.org, about 46,420 Americans will be diagnosed with pancreatic cancer in the U.S., and over 39,590 will die from the disease. Despite the tragic reality of this disease, the baseball team decided to help raise money and awareness for pancreatic cancer research.

The team hosted a fundraiser April 22 to support pancreatic cancer awareness and to honor senior Jesse Katz’s father who recently passed away due to the disease.

“It is just a nice time to get everyone together,” senior Jack Langerman said. “We had all wanted to do this because he had done so much for us.”

Strike-out Pancreatic Cancer, the name the team decided to give to the event, was supposed to be held after the CHS vs. RM baseball game, originally scheduled on April 20. However, due to inclement weather, the game was moved to April 25, so the team moved the fundraiser to April 22, when the Bulldogs lost to Poolesville 13-3. Despite the loss to Poolesville, the team benefitted from coming together and bonding with the community in honor of Jesse’s father.

“For me personally, it has been very beneficial to have the team around with all of the support,” Katz said. “Hopefully we can rally around it and help us win a lot of games this year.”

According to team parent Karen Lipson, who helped create the fundraiser, the team raised around $1500 at the event. The JV team and team parents also helped out the fundraiser. Because the games are played at different high schools, the parents donated online to make a difference and support the community.

The money will go to PanCan, an organization to contribute money for pancreatic cancer research.

PanCan is also hosting an event in Washington D.C. June 13 to support the organization’s goals. The baseball community plans to attend the walk-a-thon in recognition of Katz’s dad.

“The fundraiser helped us come together as a team because now we’re not only playing for ourselves and for the team, but for someone that would support us every game, every practice, every day,” Langerman said.