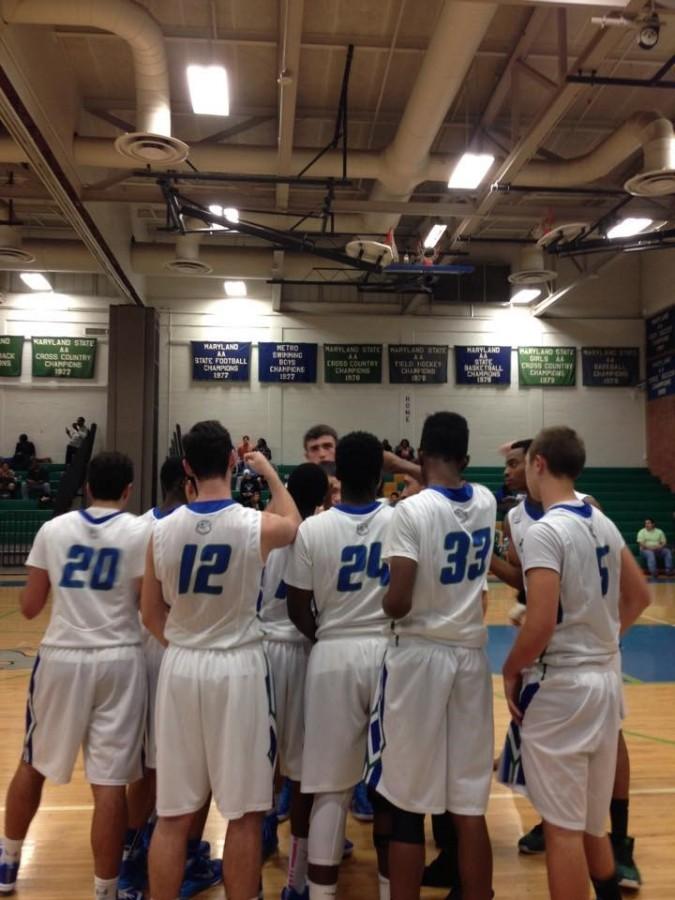 With only one returning senior on the team, the boys will focus on gaining experience this year.

With only one returning senior this year, the boys varsity basketball team is incredibly young but chock full of new talent, ready to prove that hard work can transcend age.

“We are all learning,” lone returning senior Calvin Kamara said. “Whether young or old, being coachable is the difference.”

As a senior, Kamara is proof that anyone of any age can be an asset to a team. He was pulled up to varsity his freshman year and started for the team his sophomore year. The Bulldogs this year have quite a few players in a similar position, but Kamara knows first-hand that even underclassmen can make a difference on a varsity team.

According to Kamara, the new kids have what it takes to win and, “once they start to click, the sky is the limit.”Age doesn’t mean talent, but there is no denying how valuable experience can be. The Bulldogs are going to need to show incredible focus if they want to keep up with the more experienced competition. According to varsity basketball coach Robert Bean, teams full of seniors “tend to execute the game plan more consistently than less experienced teams.”

However, this correlation is not law. A team like CHS can pull off incredible things if the players come together and commit to a game plan.

“Every practice is an opportunity for them to get better individually and as a team so that’s what they’re going to need to do: come to practice every day wanting to get better,” Bean said.

It won’t be easy to maintain the consistent level of excellence that varsity requires, and to do it, everyone on the team will need to play to their highest potential.

“Even the sophomores will have to very quickly adapt to playing varsity because everybody is going to have to play at a high level,” returning junior Jonathan Wilson said. The sophomores know that the transition to varsity will be crucial to the success of the team, and one that they will have to make quickly.

Team chemistry is incredibly important to team success, and hopefully the team’s ability to play as a team will make up for their lack experience.

“Whether or not we are able to come together as a team will be vital for the outcome of this season,” Wilson said. “We will really have to play as a team if we want to be successful.”

The Bulldogs have started the year 0-3, and their lack of varsity experience has proved to be a major obstacle for the team’s offense. Scoring only 36 points in against Paint Branch and 21 against Wootton, the team will have a lot to work on moving forward.

According to Bean, the biggest issue from the first few games has been turnovers and he wants to see the team “cherish each possession,” moving forward.

The team is continuing a positive outlook, focusing on the beginning of the season as something to work off of rather than forget.

“Our young guys showed great poise and effort,” Bean said. “We definitely had some promising moments to build on.”

Fortunately there is a long season ahead of the Bulldogs and plenty of time to figure out a winning recipe as the team gets more acquainted with the varsity level.

“We have a lot of new young players, and we just need to get used to the competition,” junior Danny Silver said.