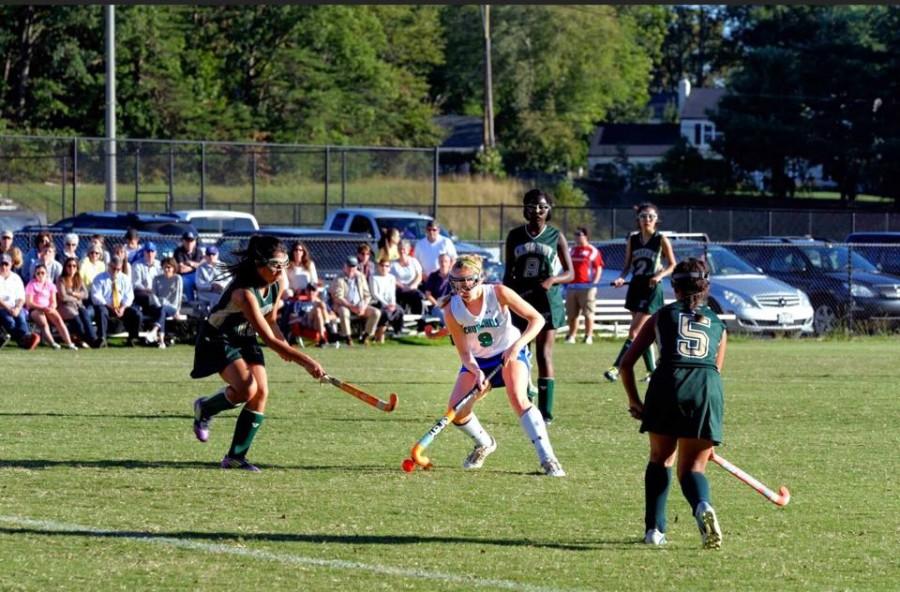 She carries the ball down the field, maneuvering past defenders, looking to make the open pass, when she realizes there is an open lane. She picks her corner and fires the ball into the back of the net, goal. The captain scores again.

Senior defensive midfielder Carly Kabelac began playing field hockey in middle school and has been the captain for the CHS varsity team for the past two years.

“I started playing when my friend wanted me to go to a field hockey camp with her back in middle school,” Kabelak said.

According to Kabelak, she enjoyed the experience and has been playing the game ever since she attended the field hockey camp.

Kabelac has been playing field hockey for five years and has been on the varsity team for three years.

“Field hockey is my favorite sport because it requires just as much individual skill as it does teamwork,” Kabelac said.

As captain of the team, Kabelac is seen as a leader, and teammates say she works hard to be a leading player, setting an example for the rest of the players.

“This is her second year as captain and I’ve learned so much from her over time,” said junior Annie Moshyedi, who looks up to Kabelac as a teammate and a friend. “She has a great sense of the game and is constantly communicating with everyone else on the field. She is one of the hardest working people I know.”

Head coach Cay Miller recognizes Kabelak as a strong player and leader on the team.

“Not only is she a great athlete herself, but her attitude and work ethic make everyone around her better,” Miller said. “It is rare to find athletes that are so focused, driven and talented, yet so humble and gracious.”