Do cameras on have an effect on the learning environment? 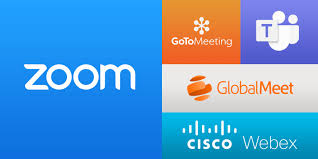 As quarentine set in video call services have filled in as a replacment for most in person interactions.

Cameras play an integral role in our everyday lives. From security cameras to movie cameras, to the digital cameras in every smartphone, cameras are responsible for a lot. But with online schools becoming the norm throughout the US, cameras have new importance: in schooling. This has led to a major question: does turning on your camera during classes have an effect on the learning environment?

Part of the reason behind this staggering number is the massive increase in anxiety and depression amongst young adults and teens. According to the Kaiser Family Foundation, “during the pandemic, a larger than average share of young adults (ages 18-24) report symptoms of anxiety and/or depressive disorder (56%).”

Overall while having cameras on during class time would most definitely have a positive effect on the learning environment, it is unlikely that the number of students turning their cameras on will change anytime soon. This can partially be attributed to the upcoming reintegration of in-person learning in the coming weeks and months.