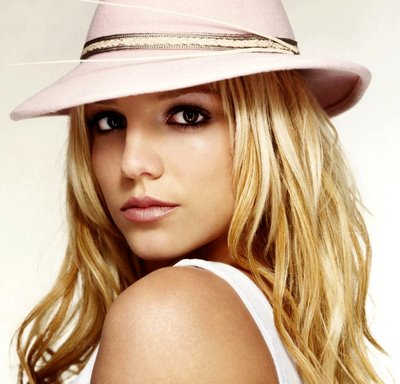 "Framing Britney Spears," episode six of "New York Times Presents," follows the teen pop stars complicated rise to fame. Spears was a worldwide phenominum whose career took a turn for the worse in 2007 when she could no longer keep up with the demands of her job.

All American pop sensation, Britney Spears’, rapid rise to fame may have started off as a dream come true, but it soon turned into a nightmare. The new documentary that was released Feb. 5 on Hulu, “Framing Britney Spears,” features interviews from those close to Spears as they tell the story of her messy and dark career; this includes growing up in the spotlight and being subject to constant criticism, a custody battle with her ex-husband, going through a mental breakdown in the public eye, experiencing drug abuse and having her estate and personal life controlled by her father in a conservatorship.

Unfortunately, many of these struggles are common amongst child stars at some point in their career. Justin Bieber, Demi Lovato and Lindsay Lohan are a few names on the long list of celebrities that have suffered the consequences of growing up way too fast in the spotlight. The culture of child/teen superstars can have detrimental effects on their wellbeing and something needs to be done to stop this from happening.

Imagine having every move you make observed and criticized by people who you don’t even know—that is what comes with being famous. There is constant pressure to be perfect and to be a good role model for fans, especially young stars whose core audiences are children and teenagers.

When children go from attending school and hanging out with their friends to a superstar overnight, it is no surprise that many do not react well to fame. In some cases, celebrities are born into stardom, like Kendall and Kylie Jenner, which gives them a leg up as their families already have experienced being famous and can guide them through their careers. In other cases, celebrities will gain popularity later in life or are discovered for a talent. This is true in Britney Spears’ story, as she grew up in a small town without a lot of money and became a household name in an instant when she landed a role on the “Mickey Mouse Club.”

Adjusting to the fast pace life of a pop star forced Spears to sacrifice a normal childhood. This is likely what caused her shift in behavior during her notorious 2007-2008 breakdown. While it is easy to fantasize about being rich and famous at a young age, most people can’t handle that lifestyle, especially when you are just a child. The human brain doesn’t fully develop until the age of 25, so child/teenage superstars still need to discover who they are and learn to navigate the world, which is something that can’t be done in front of millions of fans.

Another topic that was presented in the documentary was Spears’ ongoing battle for the right to control her career and personal life. When Spears was facing mental health issues, her father fought, and won, to get ownership of her conservatorship (when a guardian/protector has control of an individual’s financial affairs and/or daily life because of physical or mental limitations), despite her resistance. Even after recovering and showing her capability of managing her own career, Spears is still fighting to get back her freedom to this day.

Although most cases are not as extreme as the example above, many young celebrities are faced with other people trying to control their life and career, whether it is a parent or an agent. When celebrities are young, it is easy for them to get manipulated by adults who think they know what is best for their career. That is why even if the child is mature and ready for fame, it is still easy for things to go downhill when other people get involved and they lose their freedom.

While young celebrities will always be apparent in today’s culture, there are steps that could be taken to ensure the fame doesn’t become too much too fast. It is important for child stars to receive the help they need, like counseling or therapy, to ensure that they have the tools to deal with fame in a healthy way. It is also crucial for celebrities to have somewhat of a normal childhood in order to give their brains time to properly develop.

Although in this day and age there are many young people who are eager for fame and to get their career started, mental health should always be the top priority as there is always time to chase those aspirations later in life.