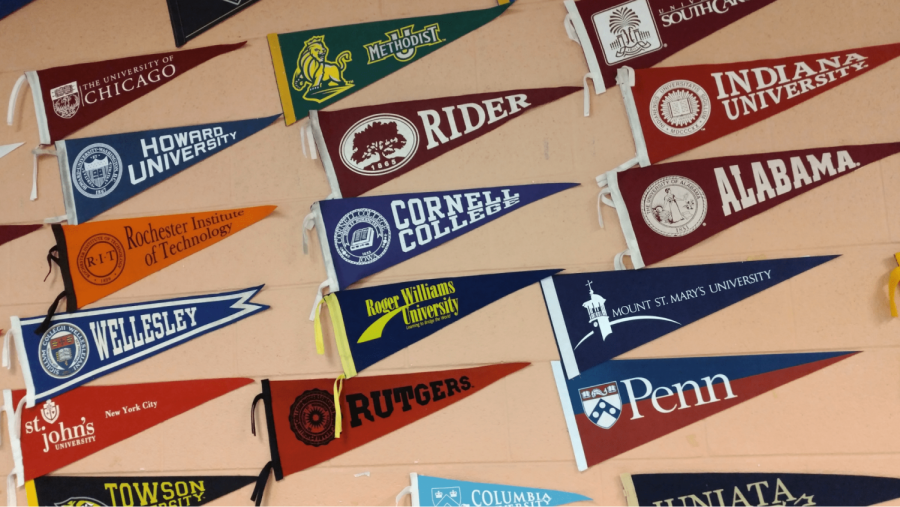 Colleges that have early decision allow seniors to destress early as they know that they are going to college.

The deadline to apply early decision to college has passed and students have received their admission letters. Early decision is a college admissions process in which high school students send their application to their preferred college early in the admissions cycle and receive a decision from the college by December. If a student knows without a doubt which college they want to attend, the early decision may be the right path.

First, it can decrease students’ stress. Students accepted through early decision can stop stressing about getting into college well before their peers who apply through the traditional process. They will have a peaceful winter break and be free to focus on other things for the rest of senior year.

Second, though others try to deny it, applying early decision does increase the odds of being admitted. The school’s standards and the overall strength of an application are important factors in whether a student gets accepted, regardless if one chooses early decision or applies later in the application cycle. However, if a student applies early, they may have a better chance of getting into a college of choice. Typically, early admission rates are higher than regular or overall admission rates for most schools. At some schools, the admission rate can be substantially better for early admission candidates. In fact, of the students who applied early to the University of Pennsylvania, nearly 25 percent were accepted, compared to only 9 percent who were admitted through the regular application process.

Staying focused on finishing up a high school degree is important. But one of the most exciting aspects of early decision is that students can start getting acquainted with their college months before they arrive on campus. Whether it’s through social media, a summer internship or an informal chat session with other incoming freshmen, they can start building friendships, bonds and connections long before stepping on to campus. Even having the chance to speak to upperclassmen and ask them questions about campus life could be very helpful.

In addition to having more time to get familiar with a school, early admission could improve chances of landing premium student housing and the most desired on-campus job. Finally, when it comes time to creating class schedules, students may have a better chance of getting the classes they want at the times that suits them best.

There’s no doubt a student would be disappointed if they do not get accepted into their top-choice school. But the good news is they’ll be left with plenty of time to apply to other schools or explore additional academic or career options.

Before sending in early decision applications, it would be beneficial for students to create an action plan that outlines what they’ll do if they are not accepted. That way, students won’t waste any time getting back on track should they be denied or deferred.