Fast fashion is hurting the earth at an alarmingly rapid rate 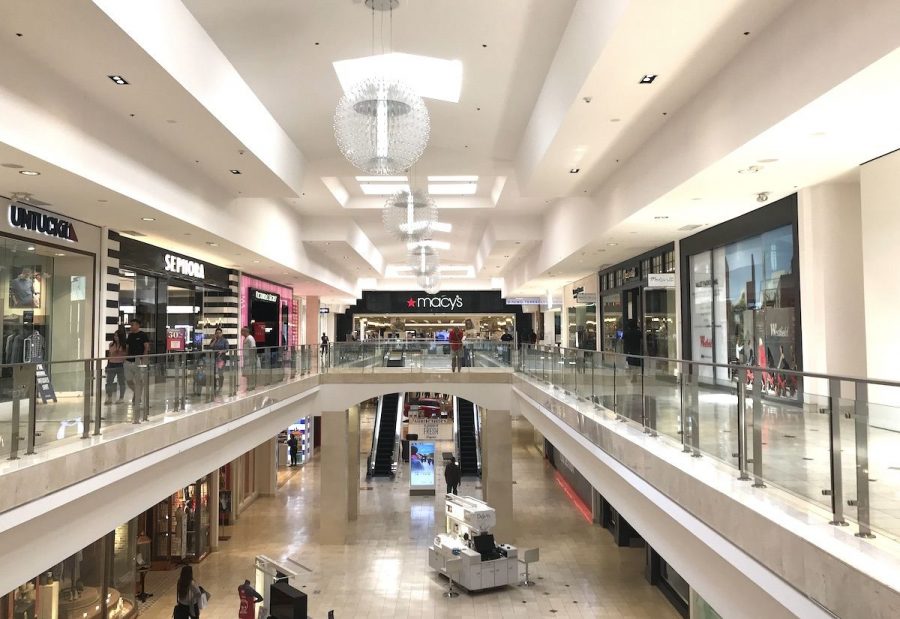 Fast fashion brands, are producing clothes at an environmental cost. By convincing customers to buy unnecessary amounts of apparel, undecomposable fabrics dyed with harmful chemicals are piling up landfills all over the world.

With the earth’s average temperature rising annually, young people all over the world are leading the fight against climate change and global warming. From using metal straws to building composts to going vegan, many are changing their habits in the attempt of living a more sustainable and environmentally friendly lifestyle–but what about abandoning fast fashion?

In the past decades, fashion brands such as Forever 21, Zara and H&M have perfected the art of manufacturing fast and cheap clothing that reflect the latest trends. By relying on poorly paid labor in developing countries, plastic-based materials and fast rates of production, fashion companies are releasing new arrivals at unparalleled rates and are contributing to the destruction of our planet.

Releasing thousands of styles and producing enormous amounts of apparel have huge environmental costs that are not initially obvious to consumers. Activists, world leaders and the public are only just beginning to recognize the pollution and immense detriment the fashion industry is having on the environment.

Fast fashion is speeding up trends and shortening seasons. Many customers consider an article of clothing “dated” if it is more than a year old. Even second-hand stores reject clothes from fast fashion chains due to its poor quality and low resale value. Therefore, most out-of-fashion items end up in a trash bag. According to the Environmental Protection Agency, 84 percent of unwanted clothes in 2012 were either incinerated or dumped in a landfill.

According to a March 2018 Bloomberg News article, H&M had $4.3 billion worth of inventory that was not being sold. Even after many markdowns, the clothes were not selling and the company acquired an enormous pile of unwanted clothes. H&M eventually burned all the clothes, saying they contained high amounts of lead or were mold-infested.

Every piece of unsold clothing requires materials, machines and human labor to create. Then, transportation is required to ship them all around the world. The process of just producing products increases the levels of greenhouse gas emissions. Every article that ends up in the incinerator produces greenhouse gases as well. According to a May 2019 Fast Company article, burning clothes releases 2,988 pounds of carbon dioxide per megawatt-hour, which is more than burning coal (2,249 megawatt-hour).

Burning clothing also releases many toxins into the air. Even if they are made from natural materials, composting old clothes is impossible. They, too, must be incinerated. Natural fibers go through a long process to be made into clothing, such as being bleathing, dyed, printed on and washed in chemical baths. Those chemicals can leak from the textiles and improperly sealed landfills into the groundwater.

Many brands have begun to take notice and have started making changes to minimize their waste. Levi’s is reducing water waste, Adidas is abandoning virgin plastic and Nike is moving towards using 100% renewable energy. These are all great efforts–however, the public must not ignore the underlying problem: fashion companies are producing exorbitant amounts of clothing and are encouraging customers to buy more than they need.

In 2015 alone, the fashion industry produced a total of 100 billion articles of clothing, doubling the number they produced in 2000. With only seven billion humans on earth, clothing production is outpacing the global population growth. The Ellen MacArthur Foundation has also found that customers wear clothes only 7 to 10 times before they throw it out. Clothing utilization has dropped 36% since the last decade.

Blaming only fast fashion brands such as Forever 21 and H&M is not fair to those companies. Higher end and luxury brands such as Levi’s and Louis Vuitton have also been increasing their production. They are convincing new customers to buy their products while also persuading existing customers to buy more. Currently, 53 million tons of apparel are made annually. If companies continue this current rate of production, about 160 million tons will be made by 2050.

The fashion industry’s carelessness is harming the planet. With so many unwanted clothes being thrown out each year, the healthiness of our environment will just continue to deteriorate. More and more clothes will end up in oceans and landfills.

The United States alone sends 21 billion pounds of textiles into landfills annually–and considering most modern clothing is made using plastic-based materials, they will never decompose. Just like plastic straws, these plastic-based fiber clothes are swept into oceans and choke animals who mistake the trash for food. Just like how consumers are abandoning plastic straws, they also need to start paying more attention to the number of clothes they buy and throw out.

To fix the fast fashion problem, habits need to change on both sides. On one hand, customers need to realize that every t-shirt they own has an environmental cost. Quality should be more important than quantity. On the other hand, retailers need to make more durable and long-lasting clothes. They should focus on creating designs that can be worn anytime and any place. Neutral colors can also be used to suit any season.

One thing is obvious though: the popularity of fast fashion brands are falling. Forever 21 filed for bankruptcy in September 2019 and H&M’s operating profit dropped 62% in the first quarter of 2018. One can only wonder if these fashion giants will ever realize the fact that more money can be made by selling fewer but higher quality products. Customers will be happier with their wardrobe and the planet would be better for it.