WCHS should stand in support of inclusion 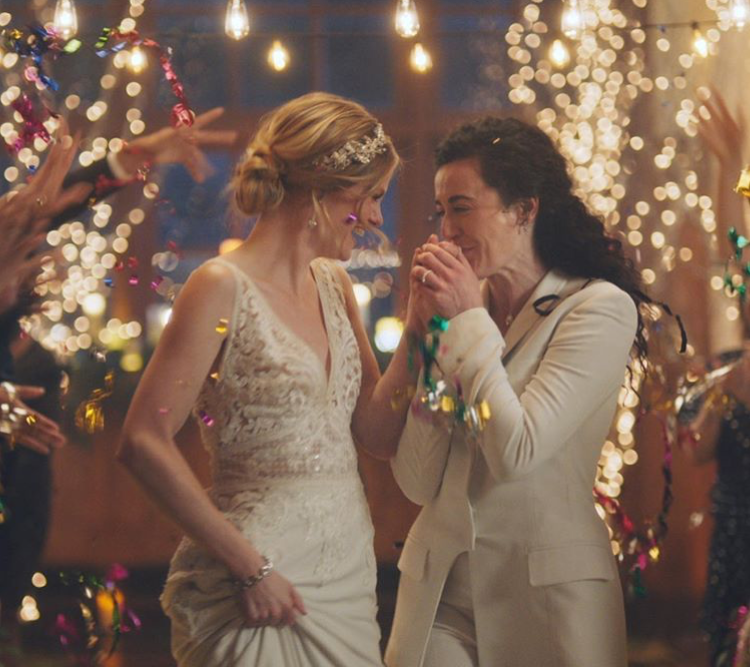 The commercial for Zola, a wedding registry company, featured a same-sex couple tying the knot. This celebration of love was torn apart by "One Million Moms," a conservative group.

The Hallmark Channel is typically a place of love and warmth: this hub of holiday films is a place many WCHS students turn to in order to get into the holiday spirit. However, this year, the channel was bombarded with anti-inclusivity remarks from the conservative group “One Million Moms” after airing commercials featuring a same-sex couple.

The Hallmark Company originally pulled four of the six ads, those four featuring the same-sex couples. The other two advertisements featured a similar storyline and effect, but with heterosexual couples. However, after backlash from the LGBTQ+ community and its supporters, the company reinstated the ads, standing proudly in a community of inclusion.

This raises the question of whether or not there is room in our current day society for anti-LGBTQ+ groups, and whether large mainstream companies should take opinions into consideration when making business decisions. “One Million Moms” is categorized as a hate group by the Southern Poverty Law Center. Should the opinion of a hate group have been taken into consideration in terms of what should be aired on a television network?

In today’s society, there is little room for exclusion and bigotry when it comes to people’s personal lives. According to a 2019 poll by the Gallup Institute, 73% of adults think that relationships between consenting adults should be completely legal. With a vast majority of people supporting the legality of same-sex marriage, it was a travesty that Hallmark caved to a small majority.

There is no more room for homophobia in today’s culture. According to a study by GLAAD, nearly one out of every five movies released in 2018 featured a character from the LGBTQ+ community. LGBTQ+ representation is becoming more and more common within pop culture, and the Hallmark Channel should be no exception.

This representation does nothing but good for the LGBTQ+ community and its supporters. The more exposure to healthy LGBTQ+ relationships, whether that be through television and media or in-person, the more normalized these relationships will be for the next generation. There is still a long way to go in regards of full equality and inclusion, but representation helps make progress towards equality and inclusion.

Being an ally is another way to stand up against hatred. Attending rallies and marches like Pride, standing up against bigotry and ignorant comments and being an advocate on social media are all ways to pave the path towards full inclusion. Even though our current laws do not allow for complete love and acceptance of the LGBTQ+ community, these small steps can be taken to create a more inclusive world for all.

As a WCHS community, we should endorse complete and full inclusion and acceptance. We stand with Hallmark in their decision to reinstate the advertisements, even though they originally did not.