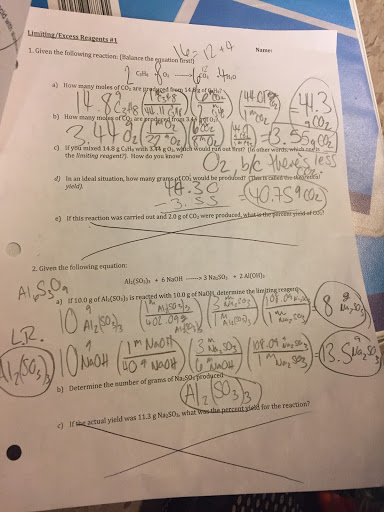 WCHS students constantly recieve answers for quizzes and tests on their phones.

For high school students, nothing is more annoying than when other students get the answers for a test that you spent the whole night studying for. Cheating is clearly unfair but with modern technology, it is only becoming easier to get away with it and harder for school administrators to prevent.

Students would not be able to take pictures of the assessment because they would not have their phones. They would have to show what they know, not that they can remember someone else’s answers from a picture.

In addition, students would not be able to look up the answers when the teacher turns their head. Assessment questions can sometimes be found online, and for math-related questions, a calculator app can be used to calculate the answers.

Every teacher should have to collect phones before assessments. They could put them in a basket, a phone pouch or on a desk where everyone can see that their phone is safe.

Students may be wary of their phones being collected because the teachers might lose their phone or they may not be comfortable if they can not see that their phone is safe. Also, what if something happens to the phone when it is in the teacher’s custody? No teacher wants to pay thousands of dollars for someone else’s phone.

However, teachers can leave them out in the open so students can see their phones. They also would not be allowed to look at the student’s phones, so students would not have to worry about their personal space being violated.

With the use of pouches, students can see their phones are safe, and teachers can see that all the phones are in one area. But students may not feel comfortable if their phone is in a pouch because it could get stolen after the assessment or they could forget to pick it up before they go to their next period.

The teacher would watch the phones, so no one gets theirs stolen, and could remind students to get their phones before they leave. Ultimately, if someone leaves their phone behind, it is not the teacher’s fault. Students are old enough to know it is their responsibility if they leave it behind, and can not blame the teacher.

Phones being placed on sticky notes with everyone’s name is another way to prevent cheating on phones. Students who do not put it there could either not have a phone or could be lying. There would be some punishment for the second one, including receiving a zero on the assessment.

To be blunt, the easiest option would be for teachers to monitor students during and after the assessment.

Many teachers grade other assignments during the time that students are taking assessments. This gives students the opportunity to use their phones without their teacher catching them since the teacher is busy doing something else. If the teacher is not looking, some students may feel like they have the chance to do whatever they want.

Also, after a student turns in the assessment, there is usually free time. Many teachers allow their students to use their phones after they complete an assessment. This allows students the chance to take pictures of someone else’s assessment, go up and take pictures of their own – that they already turned in – or look up answers for other students.

Students may not want to give up their phones to teachers because they would feel unsafe or worried that something bad could happen to their phone when it is not in their control.

In the end, there are many options for collecting the phones before every assessment. This allows for fair and balanced assessments, where no one can see the questions or answers ahead of time. If teachers do not want to do that, they could always monitor their students while they are taking the assessment to ensure that cheating never happens.