SAT adversity score is for the better 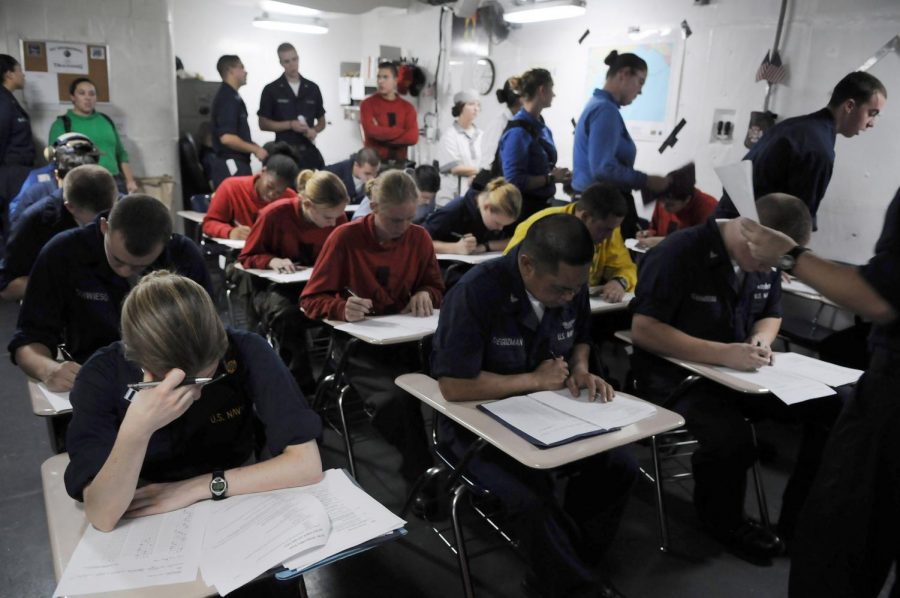 Students take SAT tests every year to send scores to colleges in hopes of gaining admission.

On May 15th, 2019, The College Board announced that they plan to introduce an “adversity score” as a new factor of college admissions. This score will be calculated through the analysis of aspects such as crime rates in each individual student’s high school and in their neighborhood in an attempt to separate the socially and economically privileged from the disadvantaged.

Many WCHS students may see this new proposal as something that will harm their chances of admission. As one of the top ranked Maryland high schools notorious for its reputation of privilege and wealth, WCHS will place on the lower end of this adversity score. The truth of the matter is that this score will not help WCHS students with their chances of admission- and that is completely fair.

This adversity test was never meant to help WCHS students with their chances of admission. This  was meant to help the students that are living in poverty, that are not given the same quality of education, and that do not have the same access to technology in their educational systems.

So before students begin to protest this new adversity score as unfair for holding certain students to higher standards than others, they should consider that those who will benefit from this adversity score are only benefitting because they have been deprived of equal opportunity education. Students living in poverty and in neighborhoods with high crime rates cannot be judged as if they are on a level playing field as students that have grown up in affluent neighborhoods-as they are not.

Sure they may feel disadvantaged now, but in the entirety of all other admissions factors, students in higher socioeconomic areas have been at an advantage. Many have been given the opportunity to hire tutors to help their GPA, have had the ability to take SAT prep classes, and have had the money to pay for “college counselors” to walk them through every single step of the college admissions process. The admissions process is inherently unfair to those that cannot afford to pay for these advantages.

Yet, with this adversity score, there will still be many students with high socioeconomic status that will claim that there is a bias; they will argue that admissions should be based on merit and merit only. But when only some students can pay to help boost their credentials, the process is not merit-based at all to begin with.

This is not in any way an attempt at discrediting the struggles that students in higher socioeconomic areas face in the educational system, but rather a bit of perspective.

Despite the probable criticisms that this new adversity score will spark, the score is set to be in full effect by 2021. According to Fox News, 50 colleges have already used the score to help them make a decision about a prospective student’s admission.

This only proves the extent of the adversity score’s usefulness as one of the deciding factors in admission. If two students that have performed similarly throughout their academic careers are both vying for admission at a certain college, this distinction in socioeconomic status is essential information.

So before WCHS students groan over the recent announcements about the adversity score, they should realize that they are in a position of privilege in comparison to the majority of other high schools in the country. This adversity score is inevitable, and it is for the better.