Guns in the hands of teachers don’t lead to safety 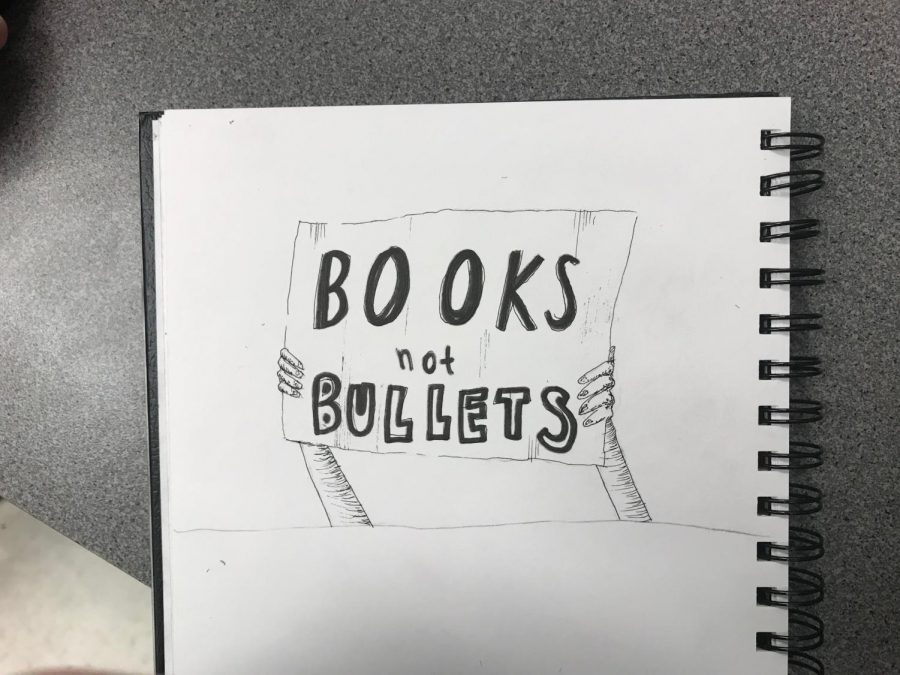 Imagine turning in a paper and seeing a gun on your teacher’s desk, or running to your next class and accidentally bumping into a police officer carrying a loaded gun. Due to the many incidents involving gun violence in schools, these frightening scenarios may soon become a reality.

Recently, in Baltimore County, delegates argued the practicality of arming school police officers. Soon, these delegates will decide whether or not they will allow children to go to school in places where guns will be a common sight. If this bill is passed, it will set an extremely dangerous precedent encouraging schools in Maryland and across the nation to arm school police officers and maybe even teachers.

Allowing anyone to carry a gun in a school is risky and downright irresponsible. If a teacher or police officer were to accidentally leave their gun out, the consequences would be disastrous. An unknowing kindergartner might accidentally pick up the gun and harm the other students, or an  officer or teacher may accidentally discharge their weapon in the middle of the hall. These incidents catastrophic for the school and its students.

In addition, there is no way to be completely sure officers and teachers are trustworthy enough to carry a lethal weapon such as a gun. It is impossible to know for sure what an anyone will do when they are pushed to their breaking point, so it is simply not an option to give out lethal weapons to anyone in a school. If a student were to mess around or push a teacher or officer too far, what would happen if the teacher or officer were to lose their temper? What would happen if a teacher or guard came to school in a particularly bad mood? If we arm teachers and guards, we would need a system that would routinely check these adults to the fullest extent before they are entrusted with such a weapon.

These guns are not just a threat to student’s safety, but also to the educational environment of schools. Schools are meant to be gun-free zones; they are supposed to be safe havens where children can go and learn with their peers. While this perfect model school is practically impossible to achieve, it would be made even more unlikely by adding guns into the mix. Students would feel threatened and intimidated by the guns in their school. These guns would prevent students from learning, as they would become distracted and upset.

According to a study by the Youth Journal, students cannot perform in an environment where they feel afraid, and a majority of students felt less safe in the presence of armed guards.

Students would not be able to enjoy their school experience either. Imagine trying to have fun at prom or a football game knowing that the teacher chaperone by the entrance is carrying a loaded gun.

Additionally, teachers and police officers are meant to be trustworthy figures that the students can connect with and talk to. It would be extremely difficult to trust or even get to know your teacher if you know that they have a gun on them. Allowing teachers or police officers to carry weapons would effectively destroy the potential relationships that could be built with students.

Most teachers do not even want to be armed with guns. According to the National Education Association, a large teacher labor union, only 22% of its members want to arm and train teachers.

Because of these potential dangers, if this system of arming teachers and officers were to be put in place, a massive system of checks and weekly tests would need to be implemented to make sure that these adults were trustworthy enough to carry a weapon in a school. Students, parents, and other teachers alike would need to know for sure that those carrying guns were qualified and cleared to do so. Even then, these protective measures might prove to be too weak, as the human nature can change in an instant. A cleared officer or teacher may lose their temper, and if they were to be carrying a gun, the consequences of an outburst would be magnified tenfold.

Arming teachers or guards with guns is not a viable solution to the question of student safety in schools around the country. The potential dangers that guns provide are more detrimental than beneficial to student safety. An enraged teacher or accidental gun discharge could very well be the headline of a national tragedy.