Grade inflation can give WCHS students an advantage 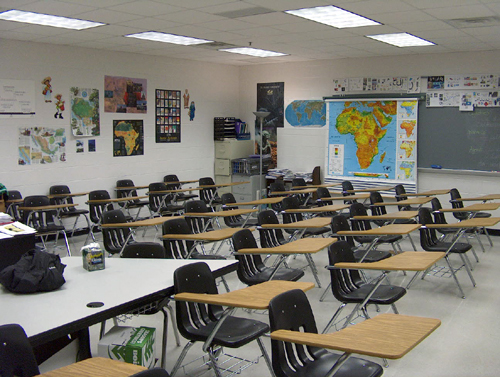 The seemingly perfect report card on WCHS student’s fridges might really be leaving them unprepared for the grading systems in college–where grade inflation simply doesn’t exist.

As WCHS enters the third quarter of its school year, the nationally ranked school attributes its student’s academic success to an increasingly competitive student body and its well-known AP and straight A culture. Yet, MCPS grading systems put WCHS students at an advantage.

As this grading policy is clearly unfair towards the students that are on the higher spectrum of a letter grade, it seems to greatly benefit those students that end a class on the lower side of the spectrum. Any proposition to change this policy would be met with great opposition from those students that believe that their grade is just as worthy as that of the student that finished 10 percent higher than them. But what we as students don’t realize is that WCHS grade inflation is only helping us in the short-term. When MCPS straight A students are accepted into the prestigious colleges that they idolize alongside those from different school districts who earned an A+ in every class, they will struggle to maintain the grades that they have been used to for the past four years of their educational career, and they will not be at the same academic level as those around them. Because colleges do not inflate grades.

Additionally, at the beginning of the school year, it is customary for WCHS teachers to talk about what their policy is on “grade bumps” (when teachers bump a student’s borderline grade to the higher letter grade). And while some teachers are avid about “you get what you get and you don’t get upset,” others will bump your grade if they believe that it is deserved. But what really makes one student more deserving than another? And at what grade percentage does it become unacceptable to bump a grade? What’s the cutoff? These types of grade changes are also deceiving to colleges, who will yet again see a grade that is not a true reflection of a student’s abilities. It may seem like a teacher raising your grade .1% to get you the higher letter grade is no big deal at all. But you didn’t really earn that grade.

Of course, WCHS teachers and students work hard to meet the high expectations that those in the community expect. But in order to prepare students for their future education, MCPS needs to stop inflating grades. Because not only is grade inflation unfair to colleges, it is unfair to students.