Athletes must live up to role model standards 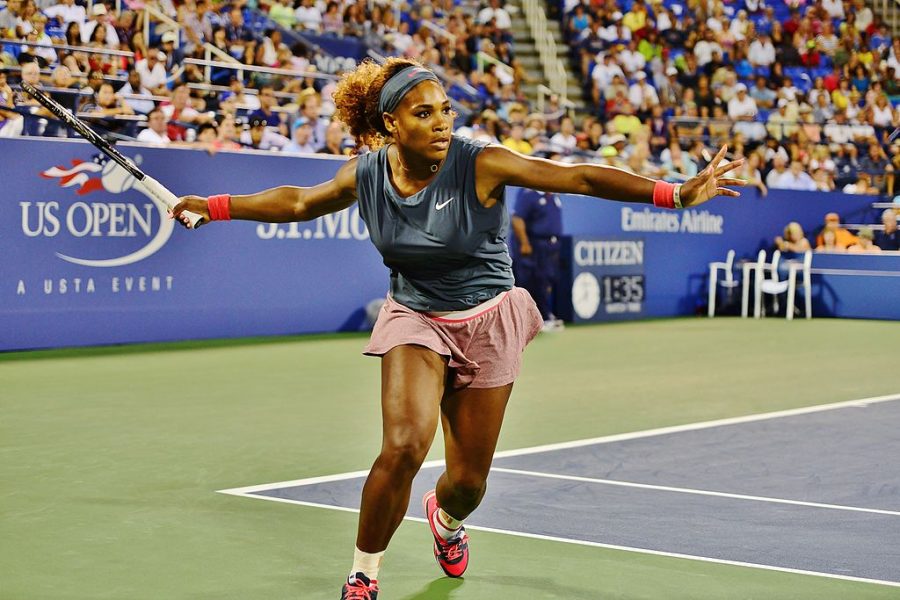 The women’s finals match of the 2018 U.S. Open between Serena Williams and Naomi Osaka has sparked controversy not only in the tennis community, but throughout the sports industry. In a major upset, legendary tennis champion Williams lost the U.S. Open to Japanese player, Osaka.

It is not Williams’ loss that is attracting so much attention, but the dispute between Williams and umpire Carlos Ramos. During the match, Williams was penalized for receiving illegal coaching, smashing her racket and calling Ramos a “thief.” The charges added up to $17,000 for Williams’ poor sportsmanship.

Williams’ excuse for her impulsive behavior is sexism. In the match she stated that “there are a lot of men out here that have said a lot of things and because they are men, it does not happen to them.” Williams believes that she has been the target of discrimination, that she has been unfairly penalized by Ramos because of her gender. Even so, the penalties given by Ramos to Williams were not due to sexism because Ramos had given the same penalties to male players in similar circumstances.

Many people, especially women and minorities, look up to Williams not only as a celebrity, but as an example that one can achieve anything if he or she puts their back into it. However, in this particular occurence, Williams made and acted on the wrong argument because the reality is, there was no sexism shown by the umpire.

Many people throughout the media have stated that Ramos only ever attended the matches of male players and that he had never given such penalties to those male players. However, that claim is completely false.

According to USTA (United States Tennis Association) records, in the 2017 French Open, male tennis star Novak Djokovic was given a code violation for conduct after yelling at the crowd and a time violation for taking too long for his serve. In the same French Open, Rafael Nadal was a give a time violation. He later also complained to the umpire about showing unfairness. In the 2018 Wimbledon, Djokovic again received a code violation for slamming his racket. These matches were all covered by Ramos, who Williams is accusing to be sexist. But as the data shows, Ramos has held no double standard. He has given the same code violations to male players who have conducted the same behavior as Serena Williams did.

Still, Ramos could have conducted the match better to provide a smoother ending. He also could have handled himself better emotionally.

However, he was only following the court rules. Not only did many tennis commentators and officials agree that he operated within the rules, but his higher-ups also agreed with the penalties, held up his decision and issued the penalty charges to Williams after the match. The authorities agreed that her conduct was out of control and should be questioned.

After the match, a cartoon, drawn by the editorial cartoonist, Mark Knight, was released by Australian newspaper, The Herald Sun. It depicts Williams as an “angry baby.” Many people in the media have argued the cartoon to be depicting Williams’ behavior in a sexist manner. However, it is the opposite. The tennis community has witnessed many past illustrations of male tennis stars to be depicted in a negative spotlight; Serena Williams is no different.

Serena Williams’ argument is flawed. The moment she brought up sexism into the debate, she lost. Ramos has had a history of giving the same penalties to men as women so her argument of standing up for women’s rights was wrong.