Sexism is evident in professional sports 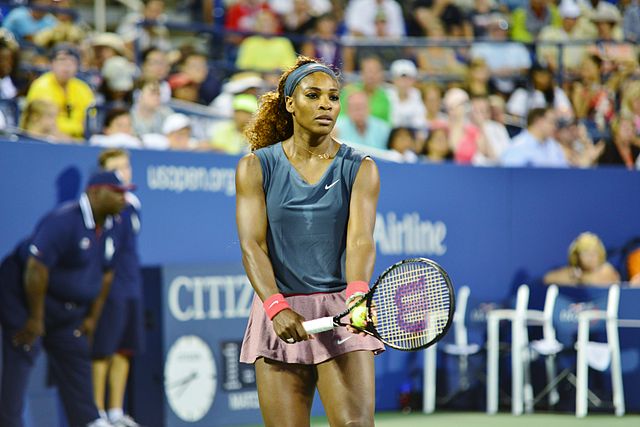 While male athletes are drawn with over exaggerated muscles, Naomi Osaka is drawn as slender and curvy. In comparison, Serena Williams, who is one of the most fit athletes, is shown as overweight A recent cartoon drawn by cartoonist Mark Knight depicts a monstrous Serena Williams in a fit of anger with a pacifier at her feet and an exasperated umpire rolling his eyes at her. Williams is the recipient of four gold medals, 23 Grand Slam titles, and has a net worth of $180 million. Yet, if this female icon dares to stand up for herself, she is diminished to none other than an unreasonably upset toddler. Knight’s cartoon is simply not a true depiction of what happened. It is not an unbiased portrayal of the events at the U.S. Open; instead, it is sexism at its finest.

After being unfairly accused of cheating by receiving coaching signals during the 2018 U.S. Open final, Williams began to cry at the harsh reality that after years and years of determination, unimaginable hard work and talent, her reputation could be tarnished for a crime that she would not even imagine committing. The public took Williams’ passion, fear and determination, and illustrated her as the epitome of a female stereotype: overly emotional, irrational and obnoxiously dramatic.

As seen in the cartoon drawn by Mark Knight, the umpire is drawn asking Naomi Osaka, Williams’ competitor, “Can you just let her win?” This implies that Osaka would willingly throw a match simply because the male umpire asked her to and that Osaka is so easily submissive to men that she would risk her own aspirations just to please them, and that the male umpire is in charge of Osaka and her actions. This is sexism.

Neither woman is portrayed how they actually appear, but rather as stereotypical female body types instead of athletes. Many argue that the cartoon is not sexist, as Knight has drawn controversial cartoons about male athletes. However, these cartoons never show the male athletes as submissive or mistake a passionate male athlete for an over-emotional one; they always portray male athletes looking like athletes. Knight’s Williams cartoon stands in stark contrast. Additionally, it has been argued that the penalties given to Williams were given without gender bias. However, Williams was given a penalty for accepting coaching. These penalties are very rarely given. Even so, male athletes, like John McEnroe, were celebrated and even praised for their poor tempers on the tennis court. Yet, Williams was fined, accused and criticized by umpire Carlos Ramos.

Williams broke some of the rules set by the International Tennis Foundation during the match, but the bottom line is her behavior was more speculated and her penalties more harsh than they would have been had she been a male athlete.

The sexism shown in the Mark Knight cartoon and in the mistreatment of Williams during the U.S. Open is undeniable and appalling and only shows one of the countless ways in which female athletes are subject to sexism. We need to start rewarding the same respect to female athletes that we do to male athletes. As CHS students, we continually attend Friday night football games to cheer on the male athletes. We plan spirit days to show our support for them. We go to their games with our friends. We even endorse their games. But we never do this for the girl’s soccer team, the girl’s field hockey team, or the girl’s volleyball team. This needs to stop.