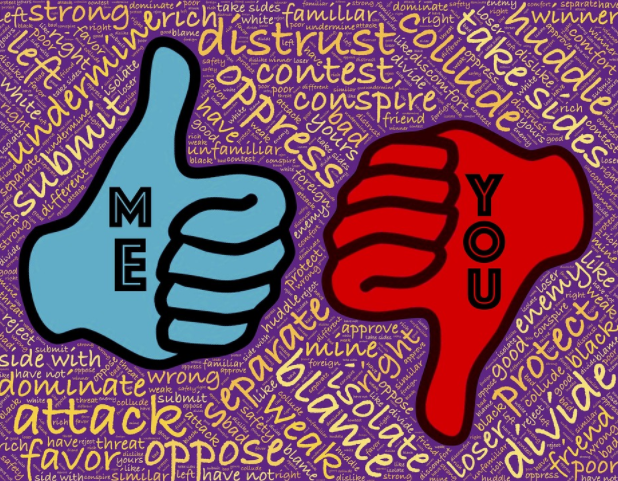 It is acceptable for high school students to put themselves before others.

College is a constant thought on CHS students’ minds, and it’s especially intense for juniors and seniors. Students focus so much on themselves and their future during their high school years that it is hard to put forth energy towards other happenings. Although it’s not a bad thing to put yourself first, this should not be CHS students’ most common mindset.

As soon as junior year rolls around, or even as early as freshmen year, we start to look at our friends and our classmates as our competition. We disregard all the support that’s supposed to exist in a friendship, turning ourselves into ugly rivals. In this sense, everyone’s a loser because personal greed has already won.

The occasional thought about the situation of others doesn’t translate to being a good samaritan. At the same time, just because personal problems and concerns take up most daily thoughts of an individual, it still does not mean that they are wholly selfish.

According to an Apr. 2016 Psychology Today article, selfishness is perfectly natural. Human beings are naturally self-centered creatures, and the first step in shifting this mindset is to recognize that it exists in the first place.

In reality, the brain controls most of our feelings and responses to outside stimuli. In the case of altruism, the practice of selfless concern for others, the brain may also have quite a strong hold over whether people respond selfishly or selflessly.

According to a March 2016 UCLA study, which was initiated in order to determine whether it is possible to lessen selfishness and strengthen altruism and to explore the areas of the brain that controlled human “empathetic impulse,” altruism is more hard-wired in our brains than one might think. In the study, participants with the most activity in the prefrontal cortex were the “stingiest” and gave away an average of one dollar to $3 per round (out of 24), when given $10 every round; one-third of the participants with the strongest responses in the areas of the brain associated with perceiving pain and emotion and imitating others were the most generous and gave away 75 percent of their money. This tendency is what researchers believe is the primary driving force behind altruism and helped to confirm the brain’s impact on altruism.

In some cases altruism does not even occur in the brain; it’s contended with by societal factors that inadvertently push people towards selflessness.

According to a Feb. 2017 Huffington Post article, people are willing to act for the good of the group, even if it’s against their own interests, when society provides incentives for good behavior.

According to Gene Reeve’s 2010 literary piece “The Stories of the Lotus Sutra,” selflessness is a gradual process, in which one slowly starts to ask others three questions about their day before they even begin to speak about themselves: where one helps their friend with a complicated homework problem, where one helps their mother clean the dishes and where one makes a conscious effort to put others first when necessary

So take a step back from the confinement of school, grades and college to think about your friends and your family, and to truly focus on the good in the world: to be grateful, to be happy, to be selfless.

Next time you see a friend, ask them three questions about their day before even saying the word “I.” It’s a lot harder than you think.