A Vote for Clinton is Not a Vote for Feminism 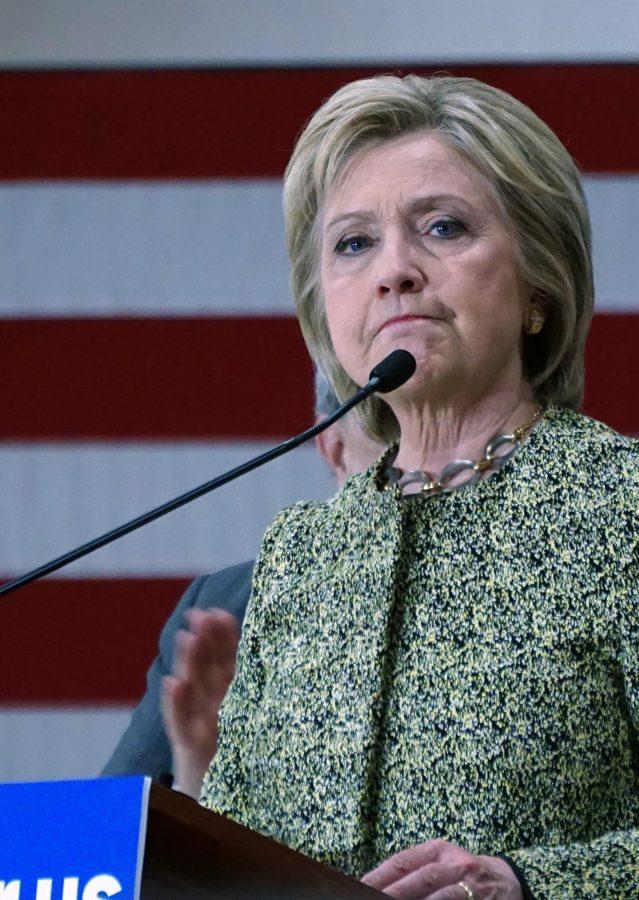 Feminism: the belief that men and women should be equal in all aspects of life.

Contrary to popular belief, feminists do not advocate for female superiority. The gender equality movement has come a long way, as more women are taking on roles historically deemed “manly.”
The 2016 presidential election race holds significant potential for this movement, as Hillary Clinton is running for president, and has the chance of becoming the first woman to hold the office. However, many women disagree about whether they should vote for her, and though her gender is important, the fact that she is the first woman to come this far in running should not be the sole influence for one’s choice this fall.

Policy is more important than identity. It is ignorant for women to vote for Clinton solely because she is a woman since it defies the feminist values that both women and men have fought for throughout the last century.

According to the Huffington Post opinion article “I’m Voting for Hillary Clinton Because She’s a Woman” by Jillian Gutowitz, Gutowitz contradicts her own title when she says that while it is ignorant to vote for Clinton because she is a woman, women are greatly underrepresented in government and it is necessary for Clinton to be elected president.

According to Gutowitz, it is necessary to burn gender bridges with the election of a female president, as little girls are ridiculed in schools for aspiring to be president.

Currently, it seems as if gender is less important to voters, but this is not the reality. The public sees Clinton’s gender as a reasoning for voting for her and supporting her campaign. Yes, it would be incredible if a woman were elected, but it is not true feminism to put her in office just to make a statement. If women only vote for women, then such actions justify men only voting for men.

This can question how far society has truly come. There is a large ideological gap between younger and older generations of women, with the latter being mainly in their 40s and older. These older women grew up during the first feminist wave for in the 1960s. These women watched Title IX, which prohibits gender discrimination in federally funded high school and collegiate programs, come into play and saw older women of their generation face adversity due to their gender.

According to a February Wall Street Journal/NBC/Marist College poll, only 35 percent of Democratic female voters under 45 years old supported Clinton, while 64 percent supported the other Democratic presidential candidate, Bernie Sanders.

What younger women seem to be looking for most in a candidate is their policies and beliefs, not their gender. Older generations of women hold the cause of equality so dear to their hearts that all they want is a woman in the White House—whether or not they agree with all of her policies and actions.
Is it more important to make history by electing the first female president? Or is it significant enough that women are choosing to overlook the candidate’s gender, and are focusing primarily on the candidate’s platform?

Feminists are simply advocating for complete gender equality. Hence, a woman voting for another woman just because they the same gender does not give her qualification as a feminist; in fact it discriminates against the candidate’s opponents simply because they are male. Men can in fact be feminists too—Sanders, Clinton’s democratic counterpart, claims to be a feminist.

According to the New York Times editorial “My Undiplomatic Moment” by Madeleine Albright, who served as the first female Secretary of State, women need to support other women in order to break down gender stereotypes and to continue to expand a woman’s rights and roles. She claims that if a female president is not elected during this opportunity to elect one, then all the gains women have made could begin to dissolve.

In addition, Albright has a phrase that she has repeatedly used over the years: “There’s a special place in hell for women who don’t help each other.”

However, as society is continuously evolving, it has become increasingly more acceptable for women to make their own choices without the judgment of others, especially other women. Albright and other women who were part of the first wave of feminist movements still view women as judgmental to their own gender. To them, because women have come such a long way, it is their responsibility to vote for and support Clinton as the first woman president.

Although Albright’s comment claims to preach feminism, her ideas actually encourage discrimination against the male candidates and the women who support them. Her comment makes it appear as if just because one woman does not agree with another woman, she is not a feminist.
Each person is entitled to voice their opinion in this country, regardless of their gender. If one disagrees, then they disagree. It is not Albright’s duty to shame women into voting for Clinton.

Each person should choose what candidate to vote for purely based off that candidate’s politics—not their gender.