Women deserve to be on the face of U.S. currency 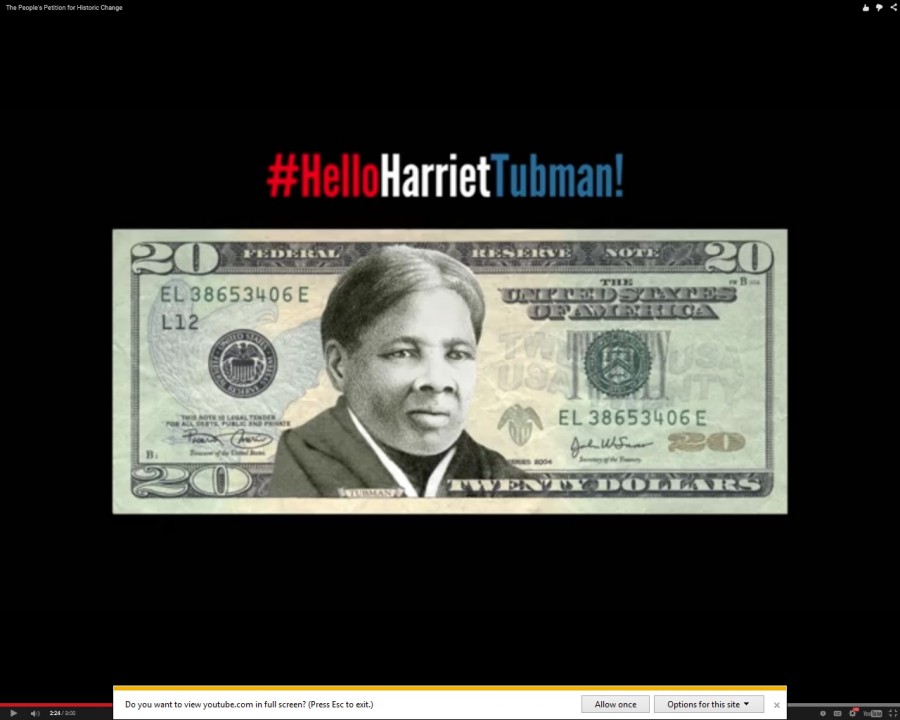 Image courtesy of Women on the 20

Harriet Tubman was voted as the candidate to replace President Andrew Jackson on the $20 bill.

Any student who wishes can carry out this plan.

According to the CHS website, “students who are taking an AP exam are excused from classes for the entire day.”

If that isn’t clear, not much will ever be. Still, some teachers are insisting that students come back to school following an AP exam.

Whether it’s out of respect or pity for the students’ fried brains and frayed nerves, the small mercy is greatly appreciated. Students used to take the given time to breathe, relax with friends or study for an upcoming AP. Now they’re spending the time in school. After being excused. Inexcusable.

What used to be a reward is now a punishment. Teachers are asking test-takers to come to class and requiring them to make up work missed because of the exam.

Reality check, please. Whether or not the student is missing class content or even assessments, it’s the principle of the matter. It’s a given that AP classes should be the number one priority during AP testing weeks.

This is Churchill, where students aren’t just taking one exam. They’re taking five.

This translates into hundreds of hours spent studying and feverishly flipping through a year’s worth of notes and review books. Students barely have time to study for the exams they take, much less complete assignments and study for their non-AP classes.

But besides mental and emotional health, which tends to be an afterthought at CHS anyway, there are the logistics of the request.

On an AP day, students taking the test are only allowed to bring in pencils, pens, ID and the occasional calculator. Attendance to a non-AP class would mean having to bring notebooks, folders and possibly even a backpack. One problem—there’s no place for students to put them.

Students seldom have or use their own lockers, so unless students are being provided with a room for backpacks, coming to classes before or after an AP really isn’t logical or realistic.

To top that, exams are $94, and no student wants to waste his or her parents’ money by not focusing completely on exams and doing poorly.

Some teachers realize that though their class is important, it’s not the be all end all. They organize make up work that won’t take longer than fifteen minutes, allow students to work in small groups to lessen the load and work around students’ schedules in order to complete assignments with the least amount of stress possible.

According to Honors Physics teacher Jennifer Czaplicki, whether or not a student needs to come to class depends on his or her personal study habits. If the student feels that class attendance isn’t necessary, missed material is available in the textbook and videos on Edline.

But while some classes are flexible, others demand quite a bit from their students during AP weeks.

And we haven’t even touched upon athletics and their tendency to eat away at time. Spring sports are in full swing during APs, which means that student athletes have to balance studying for APs, taking said APs, showing up to practice everyday and giving their all in playoff games.

Yes, time management is an essential for any high school student, but for a school whose average student is taking multiple APs, tacking on extra class work or taking away valuable study time at lunch shouldn’t be a trend.

Instead, teachers could excuse assignments on days of exams that they know a large number of students will be taking, like sophomores taking AP NSL, juniors taking AP Language and Composition and seniors taking AP Literature. Asking the majority of a few grades to come in and make up missed work is a little ridiculous.

Additionally, extended make-up time would allow students to perform well on APs and in class. Though it may seem that that the end of the year is coming too quickly and that there isn’t enough time for students to make up work after APs are done, keep in mind that after that last exam is done, students’ AP classes tend to be more relaxed, giving students the time to complete missed assignments thoroughly.

Despite students’ best efforts to rise to the occasion, the standard response to any such plea is a shake of the head, roll of the eyes and helpful suggestion to just not take so many APs. The reality is that CHS is home to students who will continue to take an increasing number of APs whether they want to or not, given that academics at CHS have turned into a rat-race of our own.

So please be kind. Whether it’s excusing missed work or giving students more time to make it up, there are alternatives to insisting on students’ presence in class after an AP or piling on unnecessary extra work. CHS students need all the stress-free time they can get, so try to help them, not hurt them.