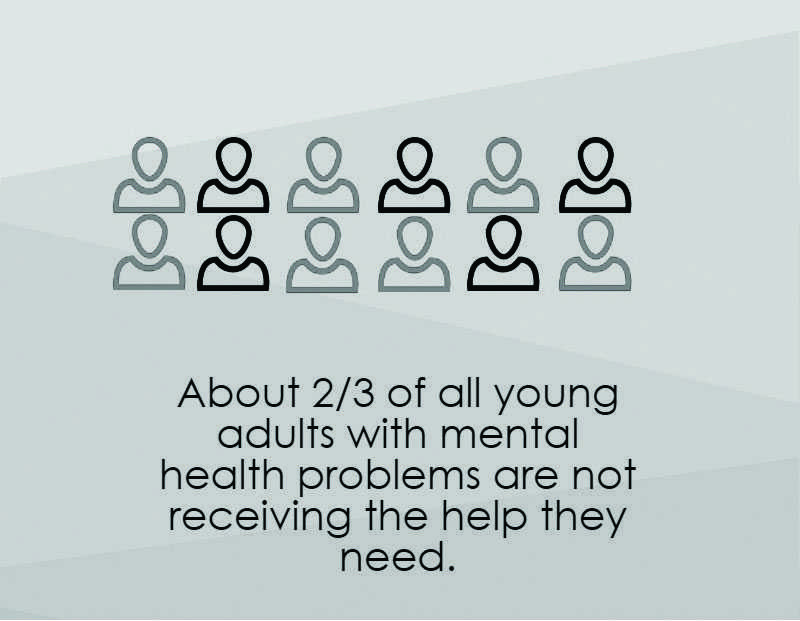 When I was in middle school, I used to cut myself. One day, one of my teachers made a joke about cutting. I sat there and watched my whole class laugh at an issue I was struggling with. It took me over two years to tell an adult about my cutting and depression because I felt ashamed, weird and afraid of being laughed at or treated like I was “crazy.” What I did was self-stigmatize.

According to the National Institute for Biotechnology, an estimated two-thirds of all young adults with mental health problems are not receiving the help they need.

What prevents teenagers from getting help? The feeling of shame that comes from the negative stereotypes imposed upon them and their illness.

According to the US National Library of Medicine, people struggling with mental illnesses are challenged by the prejudice that results from misconceptions about mental illness.

Jokes and generalizations about mental illnesses may seem harmless, but they are not. Those who are mentally ill usually look at themselves in a negative way, so when others view them negatively, their fears of worthlessness are confirmed.

The idea of seeking physiological help is viewed as strange in society and at times is even mocked. How many times have you heard someone make a joke about seeing a therapist?

According to research done by Iowa State University, the stigma associated with seeking treatment has an adverse influence on people’s attitudes toward or willingness to get help.

I know first-hand. When my mom took me to my first therapy appointment I didn’t want to go because I thought going to therapy would prove that I was “weird.” I already felt different because of how anxious and sad I felt. I just wanted to be normal.

Even though I was worried about my well-being and my mental health, the last thing I should have needed to worry about was others’ opinion of me.

According to the U.S. National Library of Medicine, people with mental illnesses will internalize these stereotypes and “believe that they are less valued because of their psychiatric disorder,” due to public stigma, which creates a negative self-image.

This can lead to even deeper problems, like depression or suicidal thoughts.

Having to deal with a mental illness is already an isolating experience because one feels as if no one understands them. Add in being stereotyped and mocked on top of that and one will feel even more alone.

If you feel as if you may be struggling with a mental illnesses, please get help. It is scary, but I promise, you aren’t a weirdo. Your mental health is just as important as your physical health, and you are important. If you have ever viewed someone who is mentally ill negatively you have to realize that this has a negative effect on them and that you should stop doing it.