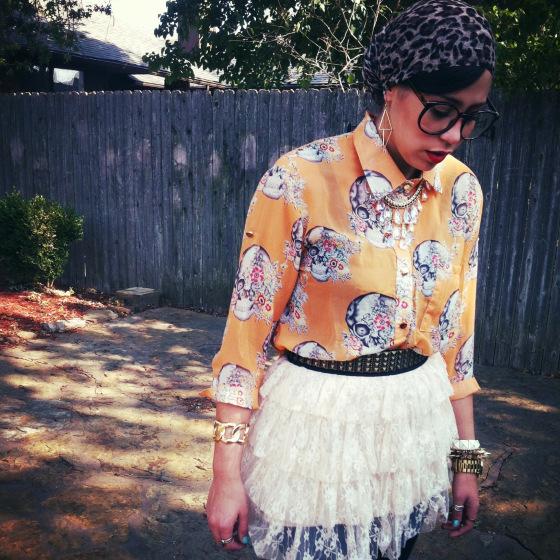 “Apologies, but you can’t work here because we think you may be too religious.”

This not-quite-word-for-word statement nonetheless captures the general sentiment given by an Oklahoma Abercrombie and Fitch store when it refused to hire Samantha Elauf, a then-17-year- old Muslim girl wearing a hijab, a headscarf worn by many Muslim women after puberty.

The refusal sparked a controversy, eventually resulting in the Feb. 25 Elauf vs. Abercrombie Supreme Court case regarding religious discrimination in hiring policies. The court ruled in Elauf’s favor, stating that the store should have pursued possibilities of accommodation as it wasn’t Elauf’s responsibility to do so.

Though the court’s verdict may seem like the obvious answer, it’s one that brings up the elephant in the room issue—despite the United States being a diverse nation, much of the country is ignorant. This ignorance is reasonable up to the point where it can be construed as discrimination. Even though CHS is in the middle of a diverse, liberal area, it’s important that students and staff be aware that discrimination runs deep and is everywhere.

It’s essential that students take it upon themselves to become educated adults because the main issue here is that the Oklahoma Abercrombie store didn’t fully understand that Elauf’s hijaab had religious meaning.

According to a February 25 Guardian article, Elauf was refused the job without being told why. When she inquired, she was told that she didn’t meet the store’s “Look Policy.”

Let’s take a moment to think about this. The store didn’t understand her religious garment, which is understandable in a place with very few Muslims. But to not understand to the point where it reaches the Supreme Court is not ignorance. It’s just discrimination.

A case pertaining to religious discrimination in hiring processes seemed open and shut. If it went to the Supreme Court, then that means there was truly deliberation over whether or not Elauf was wronged. So now when Muslim girls who wear a hijab go out to find jobs, will they have to deal with the same dismissive mind-set? Will they have to fight against ignorance, discrimination, and complacent attitudes towards the prejudice?

The United States prides itself on 49.5 million school children reciting a pledge that ends with “liberty and justice for all” daily. It’s time that this nation lives up to the label.

There is no excuse for not knowing the religious significance of a hijab, because in a world with Google, it could have been explained in a few paragraphs. The store not knowing translates to the store not caring.

And that not caring can really only mean one thing. The store knew what the hijab signified, but chose not to hire Elauf simply because it did not want to hire a Muslim.

To make the matter a little more infuriating, there really was no other reason why Elauf wasn’t hired. She has a fashion blog, called StyleSetter, where she posts her trendy outfits and reviews her designer accessories.

To put it simply, she has taste, and enough of it to be creative with Abercrombie’s “Look Policy,” which she would have likely have followed and just worn an Abercrombie scarf as her hijab.

The Equal Employment Opportunity Council (EEOC) sued Abercrombie on behalf of Elauf, claiming that the store violated Title VII of the Civil Rights Act, which makes it illegal to “fail or refuse to hire or to discharge any individual … because of such individual’s race, color, religion, sex, or national origin.”

Though there will always be prejudice in the world, it’s almost unbelievable that religious discrimination in the workplace still has to be addressed on a national level in 2015.

Because of its time in the Supreme Court, the case has brought attention to an important issue— our society’s default defense mechanism against anything foreign—discriminate and then declare innocence by claiming ignorance.

The court’s verdict reflects this country’s values introduced in the Bill of Rights and reinforced in numerous clauses indicating separation of church and state and equal opportunities for citizens.

The Equal Opportunity Act of 1972 was passed to protect U.S. employees from discrimination in the workplace based upon race, religion, sex, or nationality.

According to the Daily Developments in Equal Employment Opportunity Law Archives, the store fell short of its Equal Opportunity Act duties.

In an area as diverse as MCPS, it’s easy for students to feel as though this case was just an anomaly, but it’s important to see that this case really does affect people in all areas of the nation. In this case, the court made the right decision, and there’s only progress from here. The solution is clear—be aware and open-minded, and the world has a chance of becoming a better, less prejudiced place.