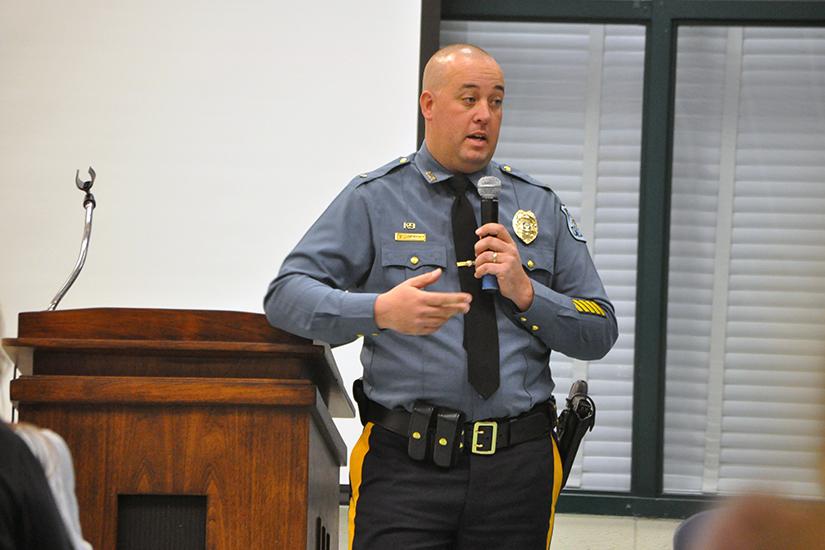 By the age of 18, a person could be drafted to fight for his/her country, enter a legally binding contract, or be called for jury duty to decide the fate of another human. Yet, while the federal government places all this responsibility on 18-year-olds, many beach police treat these adults as children who only want to drink, do drugs and make lots of noise.

With summer right around the corner, seniors are beginning to firm up their plans for Beach Week. They have found their houses to rent and are finalizing contracts among their group, planning what should be a week of fun and celebration. However, rather than being able to simply revel in the excitement of this week, teens are having to face danger from a very unexpected place, the police.

“In my experience I have never come in contact with a ‘beach week’ teen that has not been involved in alcohol consumption or an alcohol possession situation,” Elliot wrote in an email. “I do not believe that the majority of them are drinking every minute of their week here, but I do believe they are all involved with it. It is extremely rare to find a completely dry beach week house.”

This anti-teen stigma that seems to have infected the police department is unfair to those teens who are just trying to go to the beach to enjoy a week with their friends. While many teens do drink at Beach Week, there also many who do not.

According to the Bethesda Magazine article, Dempsey told parents upfront at the Jan. 27 presentation that the police officers were not there to make friends or to tell parents their kid would be okay.

It is not a police officer’s job to parent children or teach them wrong from right, but it is their job to protect them. The officers should present themselves as someone teens can go to when they are scared or in need of help. Instead the officers presented themselves as people who are only out to catch teens doing illegal things.

In fact according to the article, Hocker said that the beach employs ambitious seasonal officers who want to make a name for themselves and are therefore more likely to chase teens. That is not acceptable. Scaring teens out of beach week is not the way to handle this celebration.

More than just being ineffective, these scare tactics could actually put a life in danger. Consider this hypothetical situation: teens at a party are drinking. Suddenly a boy begins to show symptoms of alcohol poisoning: excessive vomiting and even seizures. His friends want to help him, but they remember that if they call the police, they could wind up being arrested.

While the situation is regrettable, teens should never be in the position where they are scared to help their friend. Parents would want to know that if their child was sick they would be able to get the help they need. This “teens are the enemy” mentality is not beneficial to the ultimate well-being of teens.

Beach week is a time for students to celebrate their 12 years of hard work and dedication. It is not a time where every single teen flees their parents for a week of drinking and sex. Police officers and town residents need to stop seeing all teens as irresponsible dangers and instead view them just as they do grown-ups; some make bad choices and are dangerous while others are upstanding, respectable members of society who are just trying to get a tan.